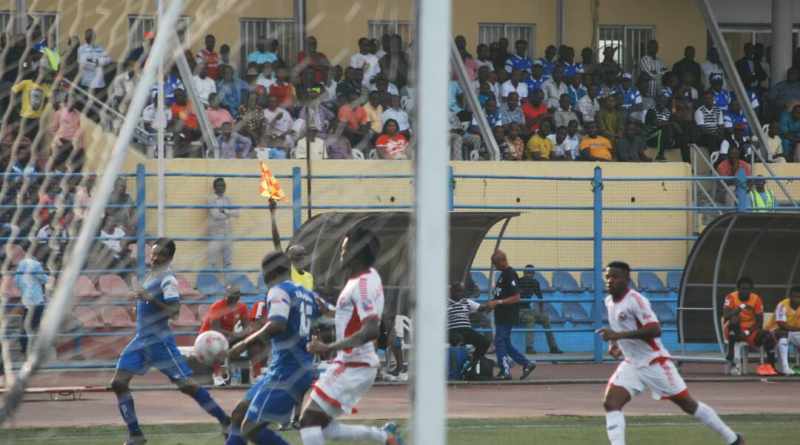 Title chasers Plateau United on Sunday again strengthened their top spot on the table with their 2-0 over Shooting Stars in Jos.

Emmanuel Odafe and Ibeh Johnson scored in the 16th and 78th minute respectively to ensure the highlanders remained at the driving seat of the Nigerian league, Extrasportsnigeria.com reports. The win over 3SC took the Plateau points tally to 58.

Their closest rivals MFM also bagged full points in Sagamu – in the South-West of the country – after they defeated Remo Stars 1-0 to maintain quality pressure on Plateau United. The MFM retain second spot with 55 points.

Austin Ogunye scored in the 71st minute in the Sagamu game’s only goal after the league’s leading scorer Stephen Odey dramatically missed a penalty.

Enyimba are still in the fourth spot with 50 points.

In Enugu, the game between Rangers and Rivers United was postponed to Monday following a very heavy rain.

In other games played in other venues across the country also on Sunday, ABS forced Katsina United to a 2-2 draw in Katsina; IfeanyiUbah held home team Abia Warriors to a 0-0 draw and Nasarawa United beat Niger Tornadoes 1-0 in Lafia.