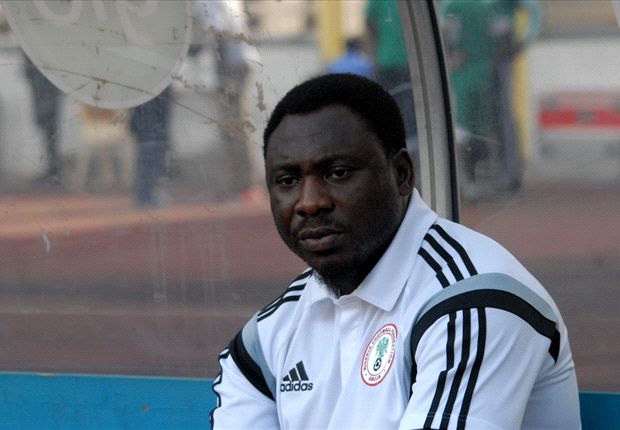 Former Super Eagles captain, Daniel Amokachi, has said the practice of local coaches being bribed to invite players onto the country’s national teams is endemic.

Despite none being found guilty of the accusation, there have long been suspicions it happens in Nigeria.

“Agents always come to give money for their players to be invited to camp,” said Amokachi. “Does it have to be so?”

The Nigeria Football Federation (NFF) has asked Amokachi to produce evidence to support his claims.

The 43-year-old, who won the Africa Cup of Nations with the Eagles in 1994, said it is time people speak up about an issue that has long bedevilled the Nigerian game.

“We know this thing has been going on for a while but we have to voice it,” the current manager of Finnish second tier side, JS Hercules, told BBC Sport.

He said that all three used to complain about the practice.

“If these three names mentioned had not had integrity, definitely they would have fallen victim,” he added.

The NFF General Secretary, Mohammed Sanusi, rejected Amokachi’s allegations while also calling on him to furnish the organisation with more information.

“I think it is unfair to make such allegations and not mention the names of those involved,” Sanusi told BBC Sport.

“It would be fair if he mentions the names of those who have either approached him or approached some people to give them money. He should also mention people who he knew collected money.

“I think that will be the best way to go about it.

“I have not heard of this issue from any quarter and I can tell you that the NFF will not tolerate this kind of behaviour. If Amokachi has evidence of what he has said he should bring it forward and we will take it up.”

The former international, who enjoyed a fruitful career in Europe with Anderlecht (Belgium), Everton (England) and Besiktas (Turkey), says he has been inspired to speak out after being accused of the practice himself.

It came after Nigeria, African champions in 2013, failed to qualify for next month’s Nations Cup in Gabon.

“Someone accused me lately, (saying) ‘the reason Nigeria did not qualify is because all you coaches demand bribes.'”

“You understand? I felt the pain.”

“So if he is painting me as a bad egg among a few, then somebody like me cannot be quiet about it.”

“Coaches will confirm people bring money but they will not say it.

“Players will confess, even assistant coaches will confirm this thing is going on, but the system does not allow you because a lot of us are hungry and afraid that ‘when I say this, I will never be near that office again.”