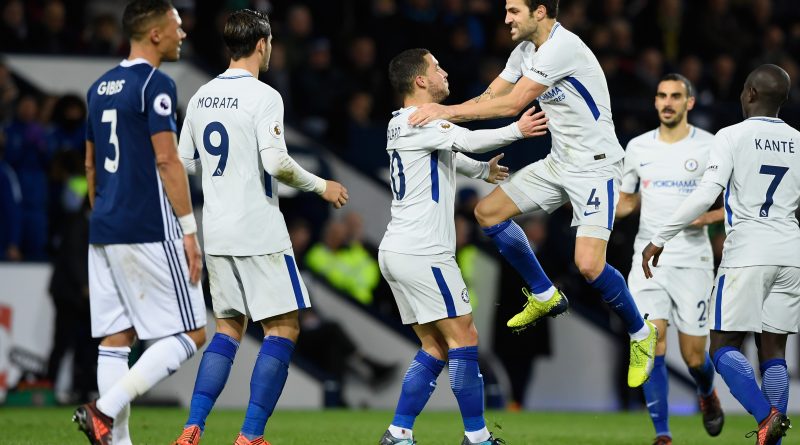 Manchester United big buy, Paul Pogba scored on his return from injury as the Manchester team came from behind to beat Newcastle United and set a club record of 38 games unbeaten at Old Trafford.

Dwight Gayle gave the visitors a surprise lead when a slip by Victor Lindelof let in the striker to score in off the post, according to a BBC report.

Pogba, back after nine weeks out with a hamstring injury, crossed for Anthony Martial to head the equaliser before Chris Smalling met Ashley Young’s centre on the stroke of half-time.

Pogba finished off a fine team move before Romelu Lukaku’s first league goal since 30 September sealed a fine win. Zlatan Ibrahimovic came off the bench for the final 14 minutes after seven months out with a cruciate knee ligament injury.

At the Hawthorns, Chelsea cruised to an easy away win over West Brom to increase the pressure on Baggies manager Tony Pulis.

Hazard made it 2-0 shortly after when he collected Morata’s flick and took the ball around Foster, before Marcos Alonso volleyed in a third from Cesc Fabregas’ free-kick.

In the second half, Hazard scored his second of the game with a curled finish from 18 yards out after another excellent Fabregas pass.

The victory was Chelsea’s fourth successive league win, while West Brom remain without a win in all competitions since 22 August, a run of 11 games.

Chelsea move up to third, behind Manchester United, and leaders Manchester City, who won at Leicester.