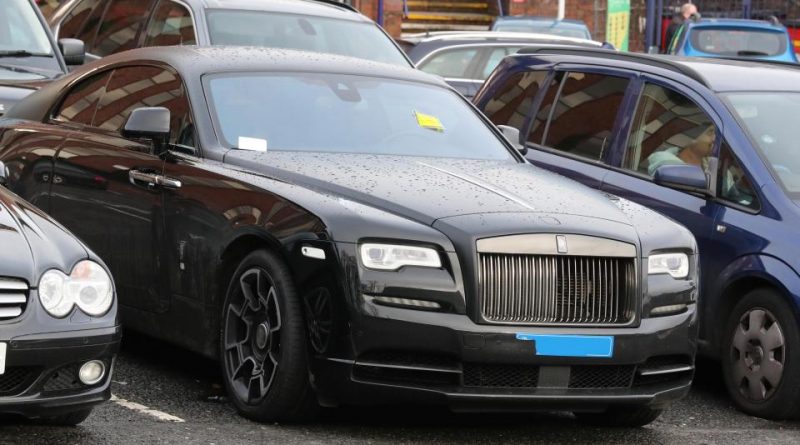 PAUL POGBA has incurred the wrath of one angry motorist – despite being in the form of his life for Manchester United.

The 25-year-old picked up a £60 penalty after leaving his £250,000 Rolls Royce Wraith parked at Wilsmlow Station, Cheshire, Monday afternoon, according to a Sun Sport report.

And the French World Cup winner, who earns £290,000 a week, was also greeted with a note left on his windshield upon his arrival.

Pogba also recently got on the bad books of an Australian couple, as he and team-mate Nemanja Matic played a game of Uno on a Virgin train.

And after being told off for being too noisy, the Red Devils duo took a picture with the clueless father, with the story since going viral.

Pogba has been in scintillating form for United since Ole Gunanr Solskjaer took the reins at Old Trafford.

The former Juventus ace has chipped in with five goals and four assists in six games under the Norwegian as United force themselves back into top four contention.

And in a stunning U-turn, Pogba is ready to sign a contract extension at the Theatre of Dreams after being frozen out of the side towards the end of Jose Mourinho’s time in charge.

A source told The Sun: “Pogba’s agent is ready to end the problems he has had with the club over the last few months.”