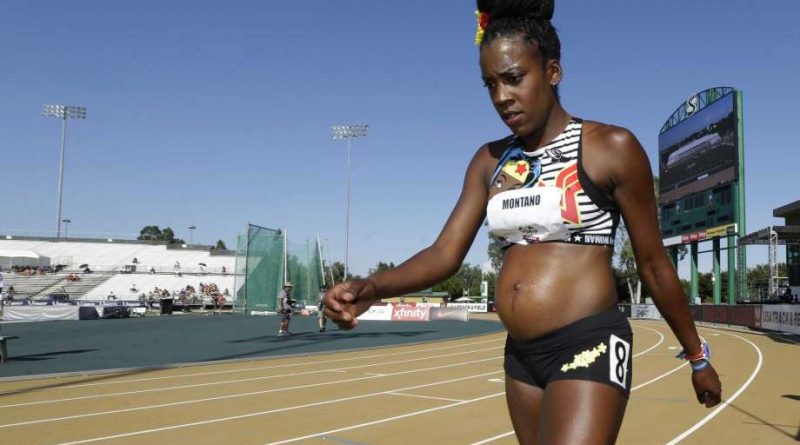 American runner Alysia Montano uniquely stole the headlines on Thursday at the USA Track and Field Championships despite not winning the race. She made the headlines for a very special reason.

The 31-year-old athlete remarkably ran the two laps while five months pregnant with her second child, much to the delight of the crowd.

She finished more than 19 seconds behind the winner in extreme heat, recording a time of 2 minutes, 21.40 seconds.

Montano, whose child is due in November, seemed to cherish the occasion as she was pictured finishing the race at the Hornet Stadium with a huge grin on her face while wearing a Wonder Woman top and a trademark flower in her hair, according to Dailymail report.

However, she was running with pregnancy for the first time. Back in 2014, Montano ran in exactly the same race at the same championships while she was 34 weeks pregnant (eight months), finishing nearly 11 seconds slower.

“Everyone is like, ‘Oh, you’re going to be faster than you were last time, because you’re less pregnant,”‘ said Montano on Thursday after the race, whose personal-best time is 1:57.34 set in 2010. ‘I’m like, “I’m still pregnant.”‘

Furthermore, Montano said she wasn’t worried about the extreme temperatures as she hydrated before the race and stayed in the shade until it was time to take the track.