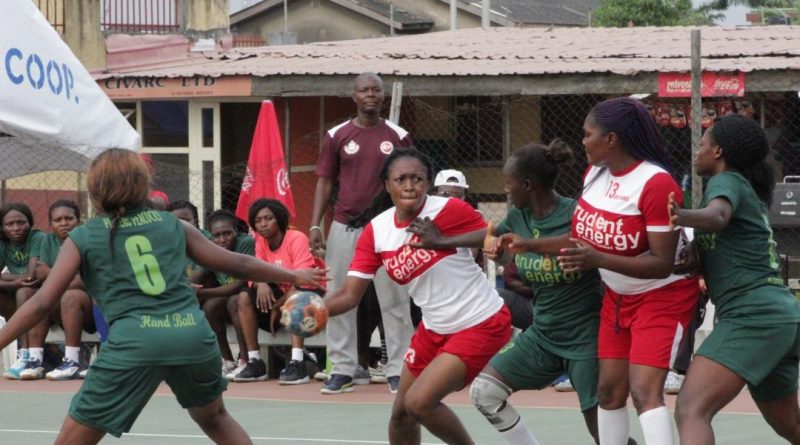 The first edition of the Prudent Energy Handball League will round off on Saturday, October 5th at the Mobolaji Johnson Sports Complex, Rowe Park, in the Yaba area of Lagos.

The fight for the top prize has reached the peak and it is clearly a battle amongst Niger United, Lagos Seasiders and Safety Shooters in the male category while Plateau Peacocks seems to have done enough to be crowned champions in the women category.

Nine games are scheduled for the closing day with the opening games between Safety Babes and Abia Valiants (billed for the indoor court) and Defender Babes versus Kada Queens (outdoor). The matches will start by 7am. It will be the turn of Kano Pillars and COAS Shooters to slug it out in the indoor court by 8.30 am, while Lagos Seasiders and Borno Spiders play in the indoor court at the same time.

Twenty-two teams are taking part in the league that started in Abuja (Phase 1) and Lagos (Phase 2) with 300 games played. The winners will smile home with N1million; the second place team will get N750, 000 while the third place team will get N500, 000 in both categories. Also, all the participating teams got N500,000 subsidy each.