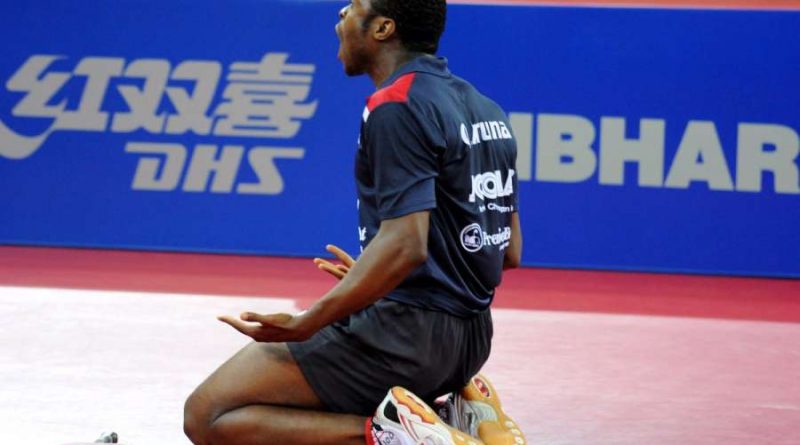 Despite losing one match in their group games, Nigeria’s Aruna Quadri and Egypt’s Omar Assar have booked their places in the second round of the ITTF World Cup holding in Liege, Belgium. The matches were played on Friday, Extrasportsnigeria reports.

Quadri and Assar confirmed their qualification after winning one of their group matches to finish second in Group A and C of the first round stage of the competition.

ITTF Africa report from Belgium detailed that Quadri was unlucky against Korea’s Lee Sangsu as the Korean had to come from 3-1 down to beat Quadri at 4-3. But the Nigerian performed when it mattered as he avenged the defeat against American Kanak Jha with a 4-2 win over the teenager in a keenly contested match.

Having started his campaign with a 4-3 win over Belgium’s Cedric Nuytinck, Assar succumbed to the superiority of Russia’s Alexander Shibaev with a 4-3 loss. But this did not stop the Egyptian from progressing to the second round of the competition.

Germany’s Dimitrij Ovtcharov has enjoyed a relatively successful year to date with gold medal performances at the Seamaster ITTF World Tour events held in India, China and Bulgaria and a title winning campaign at the 2017 ITTF-Europe Top 10 Cup in Antibes, France.

Now the World Number.4 has made the trip to Liège for the Men’s World Cup and is hoping for another strong display against some of the world’s finest table tennis stars. “I have managed to win three World Tour titles and the European Cup. I had a hard defeat against Koki Niwa at the Worlds in the last 16, but still an amazing year so far and now we’re at the World Cup and we will see what happens”, said Dimitrij Ovtcharov.

The last Men’s World Cup to be hosted in Belgium took place in 2013 in the city of Verviers where Dimitrij Ovtcharov impressed with a bronze medal finish.