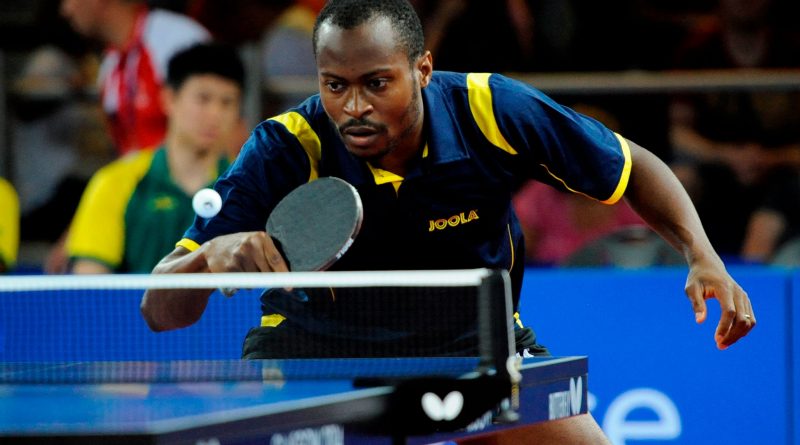 Nigeria’s Aruna Quadri returns to the global stage as the 2014 ITTF star player has been seeded number one in the 32-man seeding list released for the ITTF Challenge Polish Open. The event serves off on Thursday, October 6 in Warsaw.

Quadri who claimed his first title in the Portuguese league at the weekend after lifting the Portuguese Super Cup with Sporting is joined on the seeding list by Sporting’s teammate, Joao Monteiro.

Quadri is hoping to use the Polish Open to prepare for this month’s ITTF World Cup holding in Liege, Belgium and he will be joined by Omar Assar of Egypt who will also be flying Africa’s flag in Belgium.

Quadri and Monteiro have enjoyed good moments during their careers. Earlier this year the Nigerian won the African Cup in Agadir, Morocco and more recently Monteiro was pivotal to his country’s silver medal success at the recent Liebherr 2017 European Team Championships in Luxembourg.

Notable successes but as with Germany’s Benedikt Duda, the No.3 seed, an ITTF World Tour or ITTF Challenge Series Men’s Singles title remains elusive; the nearest is Quadri Aruna. He reached the final on home soil in Lagos in 2015 when beaten by Egypt’s Omar Assar.

In search of a first, for the Hong Kong pairing of Ho Kwan Kit and Jiang Tianyi, the next two names in the Czestochowa order of merit, the goal is to add to existing success. Ho Kwan Kit won in the Philippines in 2014; Jiang Tianyi emerged victorious in Brazil in 2008, later in 2015 in Hungary. In terms of ITTF World Tour or ITTF Challenge Series Men’s Singles titles, he is the most successful player on view in Poland.

England’s Liam Pitchford, Poland’s Wang Zengyi and Romania’s Ovidiu Ionescu complete the top eight names; like the top three, no member of the trio has won an ITTF World Tour or ITTF Challenge Series Men’s Singles event. The nearest is Wang Zengyi; in 2014 in Belarus he was beaten in the final by the host nation’s Vladimir Samsonov.

The top step of the podium elusive but there are those present in Czestochowa who have achieved such a feat.