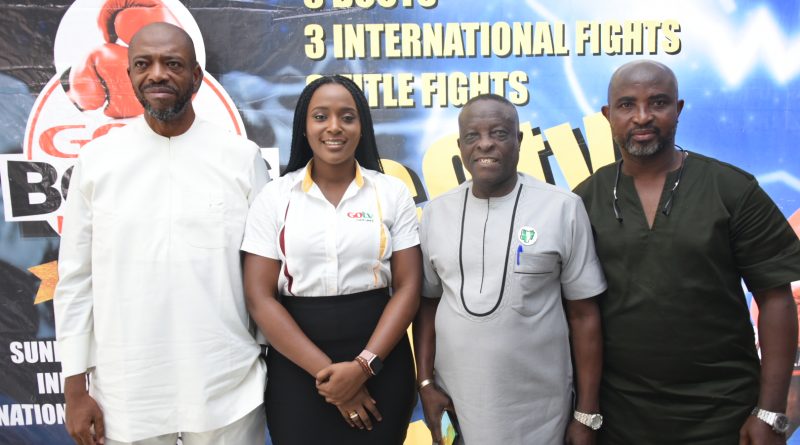 The event, billed for 12 April at the Sports Hall of the National Stadium in Lagos, will stage six fights across weight divisions. The biggest of these is the WBF International title, which will see Oladosu, the West African Boxing Union (WABU) lightweight champion, fight Ghana’s Emmanuel Quartey. Next to it is the WBF Africa title, which will feature Babatunde, the WABU welterweight champion, and Tanzania’s Mkwalekwa Salehe.

The event will also see the explosive Agbaje, national featherweight champion, test his mettle against Moses Dodzi of Ghana in an international challenge duel.

Speaking at the event, Jenkins Alumona, Managing Director of Flykite Promotions, noted that while the country celebrates international boxers of Nigerian descent, it is equally important to provide Nigerian boxers the opportunity to also become world champions.

He stated he was excited by how the event has over the years positioned Nigerian boxers to have a shot at world titles.

“We at Flykite are particularly excited that someone that just came to the National Stadium to join the GOtv Boxing Next Gen Search will, after a few years, be fighting for an African title, and we think that this is a thing of pride for us, our lead sponsors, GOtv, the NBB of C and Nigerian boxing in general,” Alumona said.

Also speaking, Jennifer Ukoh, GOtv Public Relations Manager, stated that the sponsors remain committed to the sport in Nigeria, as evidenced by its expansion through the introduction of GOtv Boxing Mini and GOtv Boxing NextGen Search.