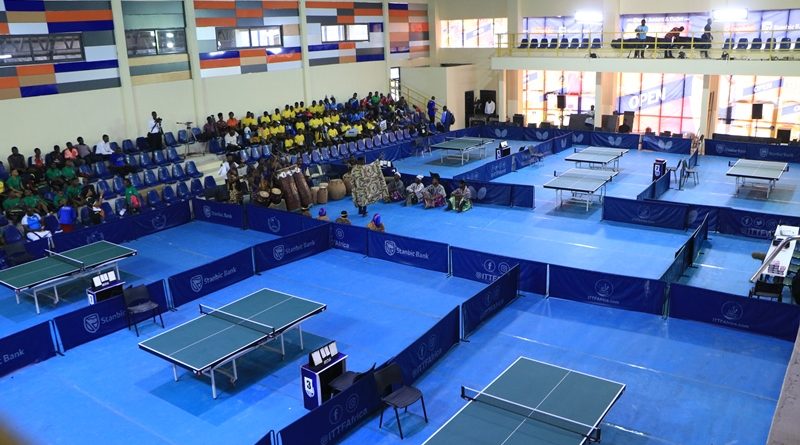 For the first time in the history of the African Junior and Cadet Championships, an entry record will be achieved this year in Accra, Ghana as over 180 players from 20 African nations will be competing at the continental tournament.

The Trust Emporium in Accra, Ghana will host the tournament from April 7 to 13 with teams jostling for places at the 2019 World Junior Championship as well as aiming to make the continent team for the World Cadet Challenge.

According to the President of the African Table Tennis Federation (ATTF), Khaled El-Salhy, the Ghana’s gathering would be setting a new record for the tournament.

“It seems we are going to have historical event with the highest level of entries since 2001, with 180 players representing about 20 countries listed for the 2019 African Junior and Cadet Championships. I am so eager to ensure the safe arrival of all those confirmed 20 national associations in Accra next week and to follow-up that we have a competitive tournament for all the top players in event cadre,” the ATTF boss said.

Khaled El-Salhy describes the staging of the tournament in Ghana as a unique opportunity for the West African former table tennis giant to reclaim its lost glory.

“I am so happy to come back to Ghana for the forthcoming ITTF/ATTF events next week after 16 years when we conducted an African Juniors & Cadet Championships in 2003. Ghana is one of the traditional countries for table tennis in Africa; they had so many legends whom won gold medals at African events in 1960s,” he added.

After two years absence from the tournament, the ATTF chief described the return of one of Africa’s superpowers in table tennis – Nigeria as a good development for the sport. “Nigeria is most welcome to join us again in the African Juniors to provide very stiff competition with the North African countries (Algeria – Egypt – Tunisia), and with all our powerful countries/players and we could also ensure the top standard for them to qualify and represent Africa at the World Junior Championships and World Cadet Challenge,” Khaled El-Salhy said.

The ATTF helmsman promised support to African teams heading to global tournaments later this year. “We will try our best to support the qualifying teams to prepare well and to ensure their participation in WJTTC & WCC 2019. Also the selected African Cadet Team will be entitled to a special practice camp in the 1st half of October in Egypt before their participation in Poland for the 2019 WCC,” he added.