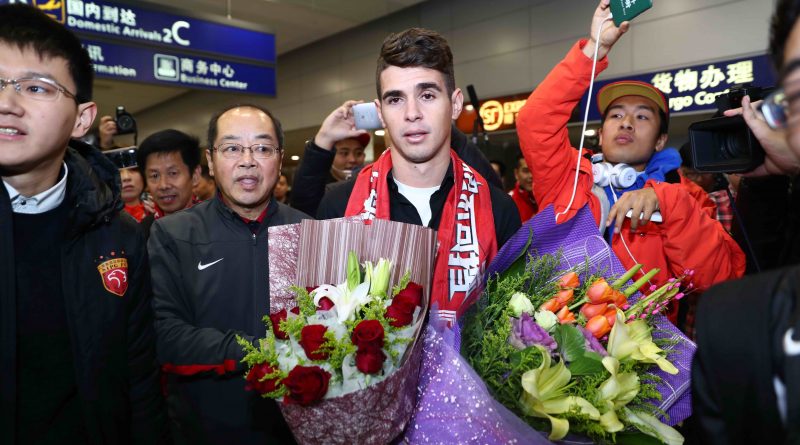 Brazilian midfielder Oscar landed in Shanghai on Monday where the 25-year-old was set to smash the Asian transfer record with a reported €60m ($63m) deal with Shanghai SIPG.

Oscar’s arrival in the Chinese Super League comes ahead of that of Argentina’s former Manchester United striker Carlos Tevez, who signed for Shanghai Shenhua in another big-money deal last week.

Tevez’s transfer fee was €10.5m, according to the website transfermarkt.com, which tracks dealings in the sport, though the reported two-year contract of €38m per season ($40m) makes him the world’s highest salaried footballer.

SIPG’s general manager on Monday dismissed concerns raised by state media of a market bubble in the super-rich Chinese league, arguing prices have to be higher to attract players away from big European leagues.

“The league is developing so of course it will go through many different stages,” Sui Guoyang told AFP, after escorting Oscar through a media scrum.

“I believe that from now on the Chinese Super League will become healthier and more normal,” he added.

Some fans put it more bluntly.

“In the end if you do not pay the money then nobody would be willing to come over here,” said SIPG supporter Zou Jiahuo.

Oscar will join fellow Brazilian player Hulk who joined SIPG for a reported €55m in July 2016.

The pair will be coached by former Tottenham Hotspur and Chelsea manager Andre Villas-Boas.