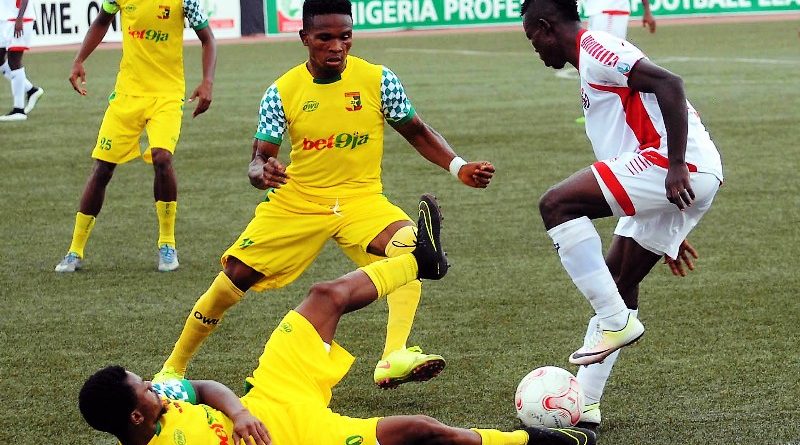 Remo Stars will be looking to recover powerfully in two directions as they host FC IfeanyiUbah in a rescheduled league match now playing on Tuesday, reports Extrasportsnigeria.com.

The League Management Company rescheduled the Matchday 28 Nigeria Professional Football League clash between them and IfeanyiUbah, initially scheduled for Sunday, for Tuesday from 4pm in Sagamu.

The match had to be called off after several players of Remo were affected by food poisoning. The LMC say they acted according to the NPFL rule book for the 2016/2017 season regarding the rescheduling of league fixtures.

LMC relied on this Article which states, “The LMC shall have power at anytime to change the date upon which a league match is to be played. In exercising such power the LMC may, as the circumstances require, consult with and take into account any representations made by the Clubs participating in the League Match in question and any other clubs which may be affected thereby.

“Upon a league Match being postponed or abandoned in accordance with Rules 13.15.1, 13.15.2, or 13.15.3, the LMC will thereupon exercise its power Under Rule 13.8 and fix a date upon which the league Match in question shall be played.”

Remo Stars are bottom in the table with 27 points from 27 games while FC IfeanyiUbah are sixth in the log with 41 points from 27 games. The Remo team are quite hopeful that they would recover doubly by regaining their health fully and winning the match also.

Rivers United who were busy on the continent will welcome MFM FC to their Port Harcourt base on Wednesday in another game rescheduled by the LMC.