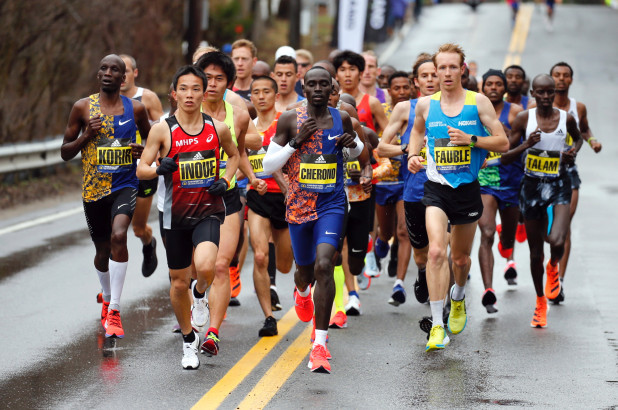 History will be made in the capital city of Ogun State, Abeokuta on November 3, 2019, as the rock city hosts its first international road. Revolution Plus Property Development Company, a renowned real estate giant in Africa is the headline sponsor.

Bamidele Onalaja, MD Revolution Plus, expressed his enthusiasm and that of his team in bringing such an experience to the people of Ogun State.

According to the event’s Media Officer, Gbenga Davies, the Revolutionplus Abeokuta 10km Race will begin at Onikolobo Iyana Oloke Junction through the scenic Omida Market, leading up to Ake Junction through to the Iconic Itoko around Saje, with the historic Alake’s Palace as the finish point.

Davies, said in a press statement on Wednesday, that, the route of the race has been measured by the International Athletics Association Federation (IAAF) certified Measurer, Norrie Williamson, and the race has been awarded its route certification by Aims.

The CEO, of Nilayo Sports Management Limited, project consultant of the Revolution Plus 10km Race, Honourable Bukola Olopade, on Wednesday in Abeokuta said that the historic event is an international race opened to all comers, whilst the registration of runners will commence in June 2019.

Olopade, affirmed that the Abeokuta 10kilometre Race is targeted towards changing the lifestyle of the people of Ogun State generally but the race is not just for people in Abeokuta.

Davies added that the Nilayo Sports Management boss also confirmed that in his discussion with the Ogun State Governor-elect, Prince Dapo Abiodun, the in-coming governor assured full commitment towards increasing the tourism potentials of the state.