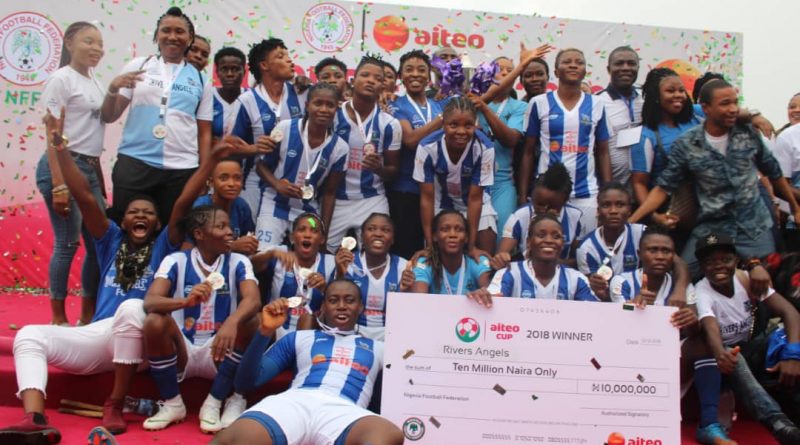 Rivers Angels made it three titles on the trot with a 1-0 victory over last year’s victims Ibom Angels in the final of the AITEO Cup women’s competition at an impressive Samson Siasia Stadium in Yenagoa on Tuesday evening.

Juliet Sunday got the goal that separated both teams as the Orange Girls fought tenaciously against their arch rivals as they did last year in Jos, only to again fall at the final hurdle against the neighbours.

The Angels of Garden City have now taken home the trophy eight times, more than six –time champions Pelican Stars and four –time winners Ufuoma Babes and Delta Queens. In fact, Sunshine Queens, who won in 2015, is the only team to have broken Rivers Angels’ stride since their dominion began in 2010.

A lively and eye-catching atmosphere could not be dampened by the downpour, as wildfire-raves-on-the-music-scene Olamide, Simi and homeboy Timaya wowed the crowd before kick-off.