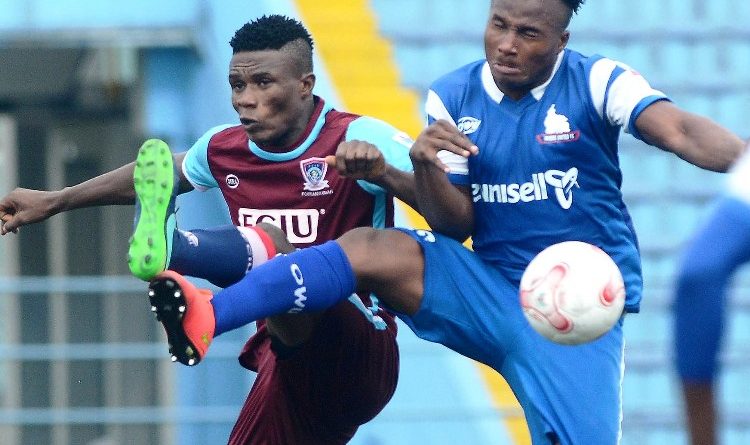 A late goal from substitute Nanen Imenger was all Lobi Stars needed to beat Rivers United 1-0 in a Matchday 25 Nigeria Professional Football League game played at the Aper Aku Stadium in Makurdi on Friday to deny the Rivers side their dream of their first away win this season, Extrasportsnigeria.com reports.

Rivers were hopeful they could pull a win going by their pre-match talk. Conversely, Lobi Stars are now unbeaten in their last 77 home games in the league since a 4-3 defeat to Bayelsa United in July, 2013.

Imenger, who was brought on with 16 minutes left, finished off with a superb header to secure the three points for Lobi. The win temporarily takes Lobi to third on 39 points in the NPFL table, while Rivers United remain 15th on 30 points even as fans await more matches at different venues this weekend.

The home team dominated in the first 10 minutes of the game but could not break down a resolute Rivers United defence. In the 23rd minute, Rivers United were forced into an early change as skipper Festus Austin went off injured. Lobi started on the front foot in the early part of the second half and, just like the first half, found it difficult to break down Rivers. In the 57th minute, Rivers were dealt another injury blow as Lukman Mohammed was stretchered off and was replaced by Christian Weli. Lobi’s constant pressure was finally rewarded on 63 minute when the referee pointed to the penalty spot for a foul on Anthony Okpotu inside Rivers United’s box but Okpotu’s effort was saved by Femi Thomas.

And they were not the only saves from Thomas who had a wonderful day in post. In the 77th minute, Thomas pulled off two quick saves from point blank range to keep Rivers in the game.

Lobi eventually got the breakthrough goal on 86 minutes thanks to substitute Imenger who headed Solomon Kwambe’s cross past Thomas to give Lobi a deserved lead.