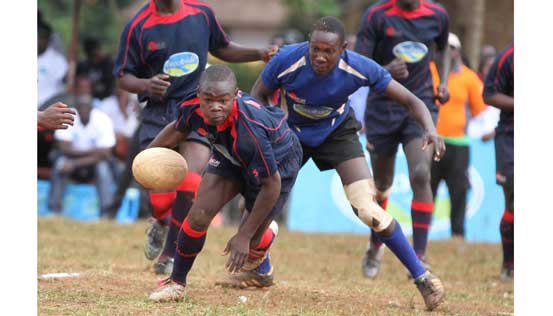 The championship which is its first edition will holds Thursday, June 21 at Emotan Collage from 10am to 5pm.

The one-day school’s rugby sevens tournament has been put together by one of the coaches, Emeka Mathew, of the Edo State Schools Rugby Programme tagged “Get Into Rugby” – and a brain child of their Head Coach, Ntiense Williams.

The programme, Extrasportsnigeria.com understands, has been ongoing for about four years now in Edo State

Twelve primary and secondary schools who are participating in the “Get Into Rugby” programme will battle for honours in three main categories namely: Primary School, and Secondary School Boys & Girls events respectively.

The organisers have promised the pupils lots of fun through music and comedy and there will be lots of prizes which includes team prizes, individual prizes, participation prizes, medals and trophies for winners to mention a few.

Rugby has just been included by the Federal Ministry of Youth and Sports as a scoring event at the forthcoming National Youth Festival (U15) coming up in September at the University of Ilorin in the Kwara State capital.

Edo rugby has appealed to other well meaning individuals and organisations to come and support the rugby programme with minimal sponsorship or donation as a way of putting smiles on the faces of these children and preparing them for the future in this beautiful game of rugby.