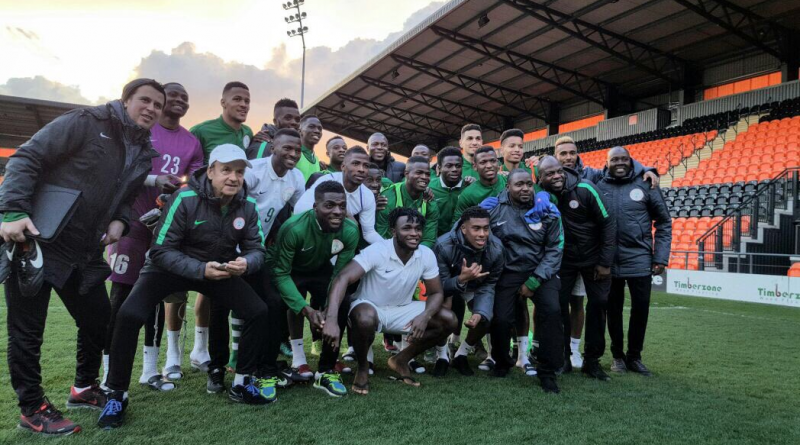 Nigeria manager Gernot Rohr has called up 23 players for next week’s 2018 FIFA World Cup qualifying match against the Chipolopolo of Zambia in Uyo, Extrasportsnigeria.com reports.

Team captain Mikel Obi and forward Odion Ighalo (both based in China) and England-based Victor Moses, retained their places, but Portugal-based goalkeeper Dele Alampasu dropped down to the standby sector alongside wing back Tyronne Ebuehi. Their drops paved way for the return South Africa-based Daniel Akpeyi and Arsenal’s Alex Iwobi after injury knocked them out of the sessions against the African champions Cameroon earlier this month.

Two Nigeria-based professionals, Ifeanyi Ifeanyi and Afeez Aremu, who were part of the Super Eagles B that finished as runners-up at the just-concluded WAFU Cup of Nations in Ghana, are on standby but will join the team’s training sessions in Uyo.

Nigeria welcome Zambia on Saturday, 7th October at the Godswill Akpabio International Stadium, with the minimum win to guarantee a sixth FIFA World Cup appearance in Russia next year summer ahead of the final qualifying match away to Algeria in November.

All invited players are to report in Uyo on Monday, October 2.