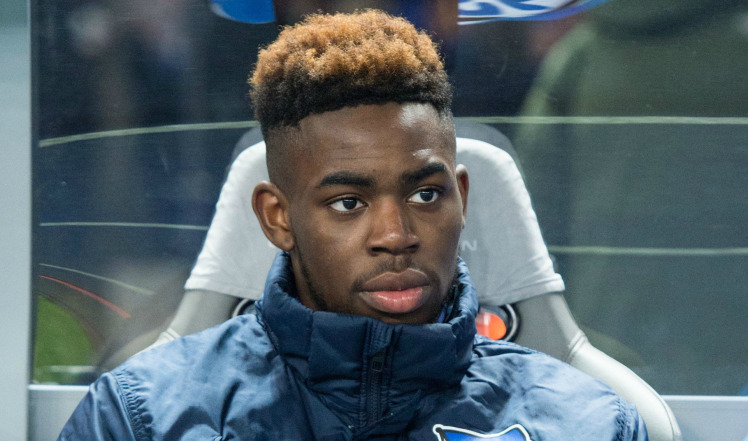 Nigeria coach Gernot Rohr has been left disappointed after Germany youth star Jordan Torunarigha turned down the opportunity to play for Nigeria at the World Cup. Hertha Berlin’s Torunarigha has opted to commit his international future to Germany rather than Nigeria.

The 20-year-old, who was born in Chemnitz to Nigerian parents, has represented Germany at different youth levels but is uncapped at senior international level.

“It’s disappointing because he was presented with a great chance to play in the World Cup if only he was interested,” Rohr told BBC Sport.

“I’ve followed his progress; I believe he would have made positive contributions to the team. But we must really respect this young boy’s decision now and wish him well.”

The highly rated Torunarigha has risen from Hertha’s youth set up and progressed into the Hertha Berlin first team in the final months of the 2016/2017 campaign.

He has made 14 appearances for the two-time German champions this season. His decision comes as a big blow to Rohr’s desire to provide cover for his defence in Russia.

Torunarigha’s father, Ojokojo, played for Nigerian professional side Shooting Stars of Ibadan in the late 1980s and in the German second tier with Chemnitzer FC during the mid 1990s.

His rejection rules out the possibility of lining up alongside another German-born defender Leon Balogun, Netherlands-born duo of William Troost-Ekong and Tyronne Ebuehi at the World Cup in Russia.