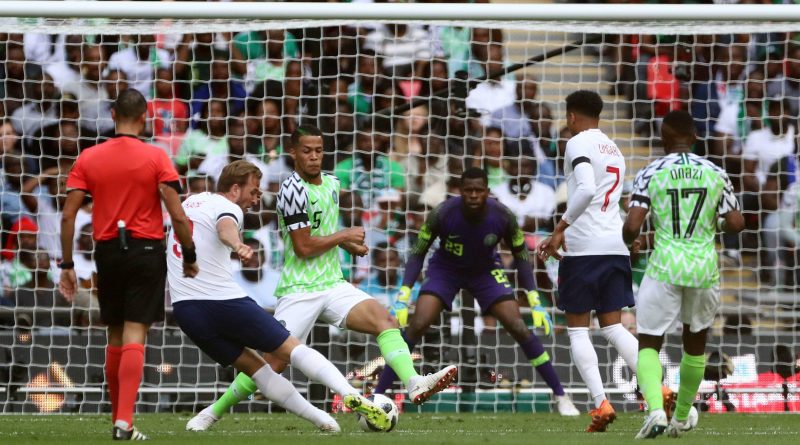 Nigeria coach Gernot Rohr has said the Super Eagles are not fully ready for the World Cup following their 2-1 defeat to England on Saturday, reports Extrasportsnigeria.com.

The goals from Gary Cahill and Harry Kane put England ahead at the Wembley Stadium but Alex Iwobi pulled one back for The Eagles who certainly had a woeful first half before recovering in the second half.

Rohr said, “This game shows we still have a lot of work to do to be ready for the World Cup,” Rohr said during his post-match press conference.

“We have to make the best use of the two weeks left before our first game in Russia. It’s time to focus, no distractions.”

Rohr said he didn’t field Simeon Nwankwo as he had seen enough of him and needed to see other players before finalizing his list.

“It was an opportunity to see the players again.

“We had to see Ahmed Musa in another situation. We saw Simy in Port Harcourt and he gave a very good 90 minutes; he will be part of the 23-man squad to the FIFA World Cup.

“He (Simy) has the profile of a striker that we don’t have.”

England coach Gareth Southgate said he was pleased to see England really challenged ahead of the World Cup after Nigeria produced a quality second-half showing at Wembley.

England were indebted to a dominant display before the break.

“I think we played really well with the ball especially, created a lot of good chances, far more good situations than we’ve had in recent games,” Southgate told ITV.

“We were deservedly a couple of goals to the good at half-time. In the period leading up to their goal they changed their system and it took us a little while to figure out how to deal with that.

“What that did mean is that there was a little lift in the game that we had to cope with and manage, and that was a decent exercise for us to adjust to that.”

Rohr will have to cut his squad to 23 before Monday, when all squads must be submitted to FIFA. He currently has 25 players in camp.

Nigeria will face Czech Republic in their next game on Wednesday in Vienna, Austria. Eagles’ first match in Russia is against Croatia on 16 June.