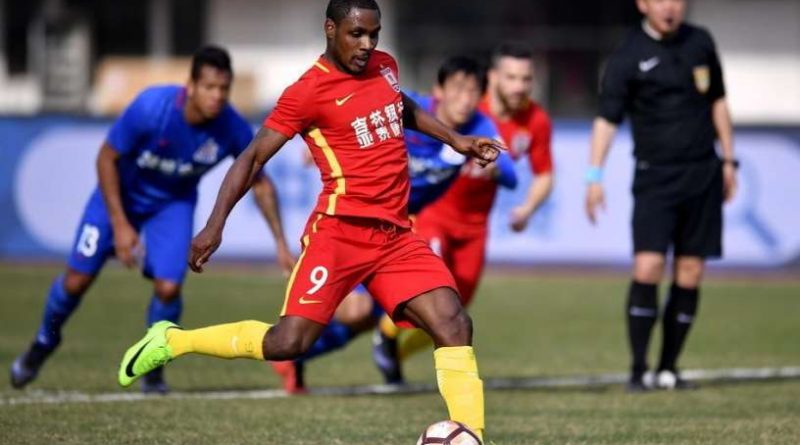 Ighalo finished the Chinese Super League season on a high, scoring 21 goals in 28 games but the goals could not save Changchun Yatai from relegation.

Rohr who spoke as the main guest at a breakfast media meet with Nigerian sports editors on Friday in Lagos packaged by Peak Milk.

He said, “I called him up at the World Cup after I read what was written about him in the social media. He came on at halftime against Argentina because Kelechi Iheanacho was not so good.

“He did well but missed a chance. There was not a good reaction from the fans who were not happy.

“I think it was not his mistake that we were eliminated. Of course, there were other problems which we spoke about them. Everybody is happy now that Ighalo is scoring well again.

“Now he’s in the second division, what will happen? I hope he returns to a top division club. He finished as the second top scorer in the Chinese Super League, so I think he will have offers to move to the top flight division.

“He told me a few days ago that his injury now allows him to run which is already good and he will let me know if he wants to change club. His club (Changchun Yatai) wants, him but I think it is better for us and for him to play in the top division or return to Europe.”