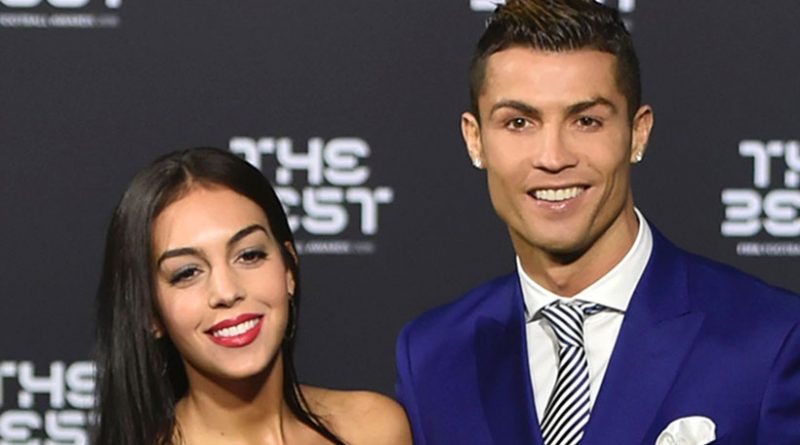 Romantic Ronaldo handed his fiancée a £232,000 five carat diamond ring, according to a Hello! Magazine report.

And Portuguese daily Correio de Manha claims the pair will officially tie the knot after next year’s World Cup, depending on how Ronaldo’s Portugal get on.

Georgina, 23, is confirmed pregnant with the Real Madrid forward’s baby. And her new dance teachers have started off on the wrong foot by accidentally revealing the sex of the couple’s unborn child, according to The Sun Sport report. The salsa pair confirmed suspicions Cristiano and his partner were expecting a girl in an Instagram gaffe. That gaffe reportedly forced the couple to announce their wedding plans ahead of the originally planned date.

Georgina posted a video of her enjoying her first class in a loose top which hid her baby bump and said: “Dancing makes your heart happy. Thanks to my teachers Basi and Deisy for giving me my first salsa lessons. I’m happy.”

Their reply, removed from social media after it was spotted by eagle-eyed fans, read, “A pleasure giving you salsa lessons. We’re very happy at how you did things in your first class. The little girl you’re carrying inside you is going to be a great dancer. Basi and Deisy.”

The reports came a week after Cristiano, 31, posted a snap online showing him sat on a sofa with his left hand – and hers – placed on her stomach.

Cristiano’s girlfriend told glossy Spanish mag Hola in August how she was preparing for the birth of her first child – and the footballer’s fourth – on a strict Mediterranean diet.

But she made no reference to either her pregnancy or the sex of her unborn child.