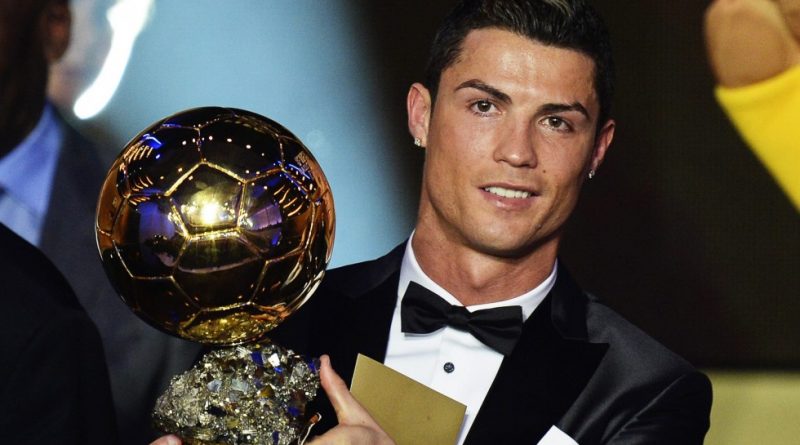 The Portuguese claimed the award ahead of Lionel Messi and Neymar at a ceremony in Paris on Thursday.

In celebration of his latest achievement, Nike presented him with the special Mercurial Superfly CR7 Quinto Triunfo boots.

Ronaldo will wear the boots on the pitch with 1000 pairs available later this month, Mirror.co.uk reported.

The Portuguese superstar was voted the best player in the world once again – edging out Lionel Messi and Neymar.

Ronaldo won his first prize in 2008 before successes in 2013, 2014 and 2016. He received the award at a glitzy ceremony up the Eiffel Tower on Thursday evening.

Tottenham striker Harry Kane was the highest-placed Premier League player as he came in 10th.

We will bring you all the reaction from the star-studded event and pictures of Ronaldo with his latest trophy.

The Real Madrid forward pipped the likes of Lionel Messi and Neymar to the prestigious honour after leading Los Blancos to European and La Liga glory last season.

Ronaldo now joins Messi in winning the trophy five times, with the pair dominating the award for the last decade.

The 32-year-old had already scooped FIFA’s ‘The Best’ award earlier this season as his triumphant 2016-17 campaign was recognised.

Fresh off the back of winning Euro 2016 with Portugal, Ronaldo followed that up with 42 goals in 46 games as Real Madrid won La Liga, the Champions League, the UEFA Super Cup and the FIFA Club World Cup – the first time the side had won four trophies in a season.