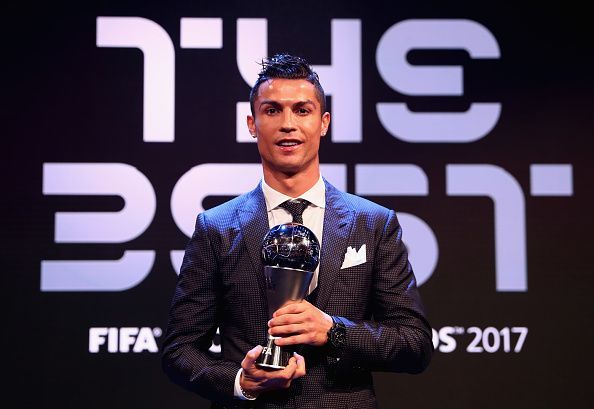 Real Madrid star Cristiano Ronaldo has been named Best FIFA Men’s Player of 2016/17 and making it a back-to-back sweep for the attacker after leading Madrid to a La Liga and UEFA Champions League double, Extrasportsnigeria.com reports.

On Monday night and in London, he overcame competition from Lionel Messi and Neymar to grab the award.

Ronaldo scored 25 times in the Spanish league last season and added 12 goals in the Champions League to round off another sensational season that practically set him aside event ahead of the voting.

Ronaldo said at the event, “Thank you, a lot, to the guys who voted for me. I must also mention Leo and Neymar, for being here.

“Real Madrid – the coach, the supporters and the president – they support all of the year so I say thank you to them. I’m really glad to win consecutive awards. This is a great moment for me. Thank you to all the fans around the world for the support. I appreciate that, thank you very much.

“It’s great to be here with these great players and I am so happy guys, thanks you so much.”

The Portuguese star also took home the first Best FIFA Men’s Player award in 2016 following the end of the era of the Ballon d’Or held in conjunction with France Football magazine.