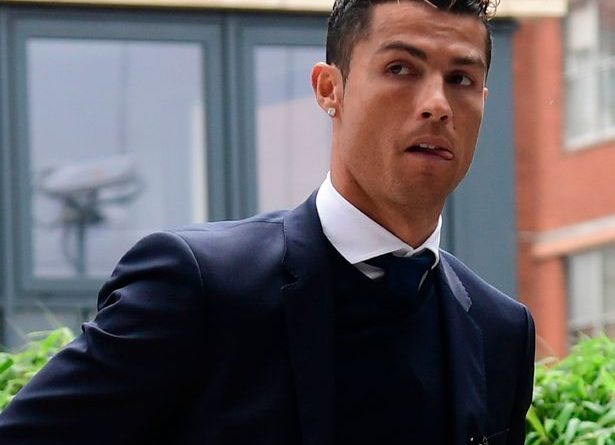 Cristian Ronaldo will appear before a court in Madrid on January 14 to hear a guilty verdict delivered against him over a €14.7million tax fraud.The former Real Madrid player and five-time Ballon d’Or winner was charged in 2017 by Spanish prosecutors over monies owed from image rights, according to Mirroe.co.uk report.

This was after a shell company in the British Virgin Islands was used to hide parts of his income between 2011 and 2014. “The accused made use of a corporate structure created in 2010 to hide from the tax authority income generated in Spain through image rights,” said a statement by prosecutors at the time the charges were first brought.And now Ronaldo, whose summer move to Juventus was made contingent by authorities upon reaching a settlement with the courts over what was owed, will be summoned to appear before the court to hear the verdict – which will be a two-year prison sentence, Mirror.co.uk confirmed.

He has applied to the courts to appear by video-link.Spanish law dictates that jail sentences of two years and under are to be suspended for first-time offenders, pending the accused not committing any further crimes in Spain during that period.Ronaldo’s lawyer, José Antonio Choclán, had lobbied the courts for the sentence to be commuted to a €375,000 fine – the same outcome as was negotiated for another of his clients, former Real defender Fábio Coentrão, for similar offences.That deal was rejected by presecutors.Ronaldo has already paid up the bulk of the €14.7million which was outstanding in order to smooth over his move to Turin, and January’s court appearance will bring a close to the matter.

The final bill for the Portugal forward will ultimately top €18.9million once fines and interest are factored in.Ronaldo’s long-time rival Leo Messi was also hit with a suspended jail sentence in May 2017 for similar offences relating to hidden income and tax evasion, but the Argentina captain has not served a custodial sentence.