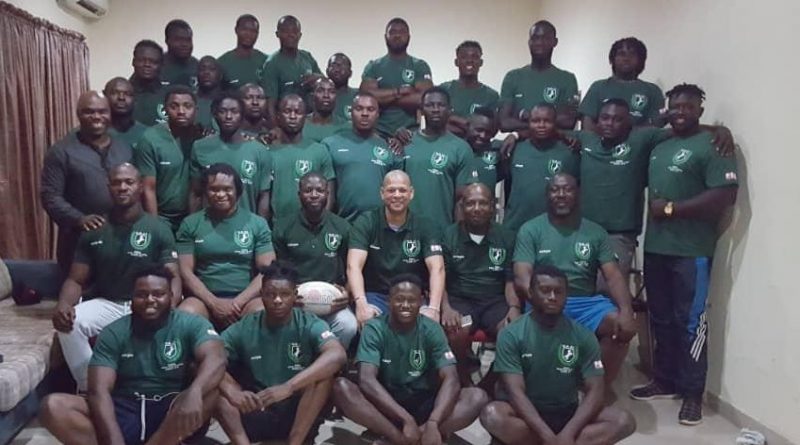 Nigeria national rugby team will square up to their Niger Republic hosts in Niamey on Saturday, August 11, reports Extrasportsnigeria.com.

The Nigerians concluded their four days camp at the High Performance Centre in the country’s capital Abuja during the week and left by road on Thursday to Niger Republic with a strong squad of 31-man team made up of 23 Players and 8 officials.

The Nigerians have since settled down for the task at hand. The newly appointed national coach Bronson Weir handled three intensive training sessions before picking his 23-man team that will prosecute the Rugby Africa organised International Test match against Niger.

The Nigerian delegation is led by the President of the Rugby Federation Kelechi Mbagwu. It is the first international assignment for Mbagwu as president of the Rugby federation. Other members of the entourage are the Technical Director, Ntiense Williams; three technical board members: Joseph Ofoha, Ghanga Hammed and Mohamd Salisu; the team Assistant/Logistics Officer Simon Joseph, and Michael Adah.

Technical Director Williams said the game against Nigeria’s neighbour is quite emotional for the team.

He said, “This Test Match is a must win for Nigeria because we are finally going to play Niger who walked over us in 2007 to win by default the Super 16 North Africa League.”

He then added, “We will like to sincerely thank the leadership of Rugby Africa led by Abdulazis Budgja for organising the rugby match for us.”

The Match Commissioner Babbou Khaled confirmed that Moroccan match officials will now take charge of the test match for Nigeria who just came out of suspension.

The team is made up of these players: