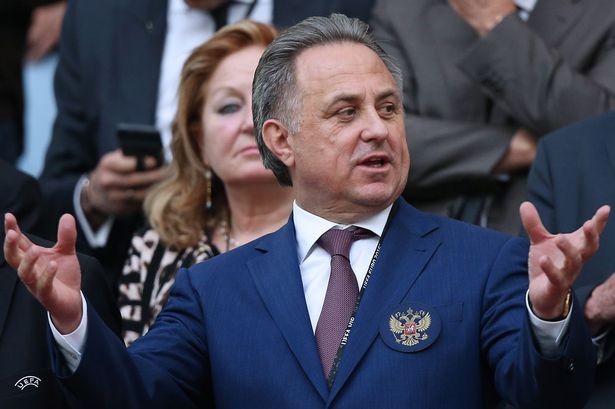 Russian Deputy Prime Minister Vitaly Mutko has resigned from his role as chief organiser for Russia 2018.

The deputy prime minister has played a key role in preparation to host the World Cup next year but the Russia 2018 organising committee confirmed on Wednesday “with deep regret” that he has walked away. Mukto played a key role during the December 1 World Cup draw ceremony.

For many in the world of sports Mutko’s move may not come as a complete shock as he was handed a lifetime ban from the Olympics for his part in a “state-directed” doping programme, though he is contesting that penalty.

As a result of his protest, Mutko has stood down from his role as president of the Russian Football Union (RFU).

The latest move to dissociate himself from the showcase next summer is officially due to what has been described as the need to “concentrate on government work.”

In his absence, Alexey Sorokin will chair the organising committee for the 2018 World Cup, with Mutko confident everything will be ready in time, The Mirror reported.

Mutko told R Sports, “There is still a lot of work, but I am absolutely sure that everything will be ready on time.”

Nigeria will compete in the same group with Argentina, Croatia and Iceland at the World Cup.