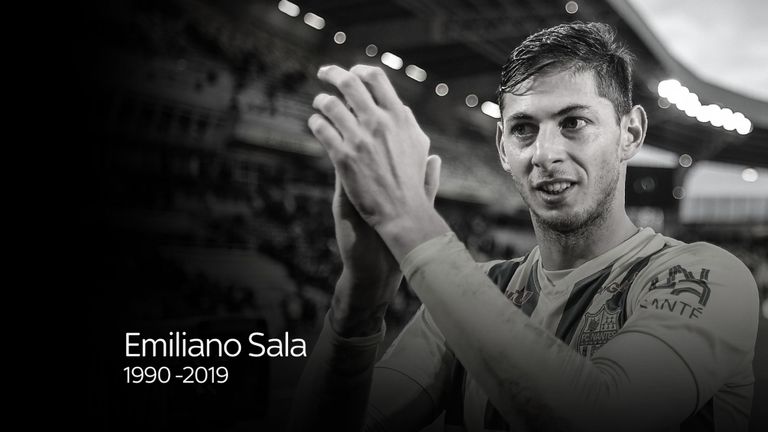 EMILIANO Sala will be taken to Argentina to “rest with his family” as investigators continue to probe the plane crash over the English Channel, Cardiff City’s owner has said.

A Daily Star report confirms that a body pulled from the plane wreckage in the English Channel was confirmed as that of the 28-year-old Argentine by the Dorset coroner on Thursday.

The body of David Ibbotson, the 59-year-old pilot who was flying the plane from Nantes, France to Cardiff, is still unaccounted for.

Cardiff owner Vincent Tan said Friday morning the club will continue to assist the investigation into why the Piper Malibu 63 crashed into the Channel.

Meanwhile, the Premier League club will help to make arrangements for his body to be taken back to Argentina with his family, Tan said.

“We will continue to work with the AAIB and investigators to find out how the crash happened and to assist Emiliano’s family,” Tan said, according to sports broadcaster Jim White.

“We have offered to them to arrange to take Emiliano back to rest with his family in Argentina.

“Even though he will be there, his soul will always be in our hearts.

“We feel a tremendous loss, but the biggest loss is borne by Sala’s family.”

Tributes from across the world have poured in for the Cardiff City striker whose plane crashed en route to Cardiff from Nantes, France at around 7pm on January 21.

Cardiff City Football Club said in a statement: “We offer our most heartfelt sympathies and condolences to the family of Emiliano.

“He and David will forever remain in our thoughts.”

Ozil tweeted: “No words to describe how sad this is. Thoughts and prayers go out to his family and also to the family of the pilot.”

An initial search and rescue operation failed to locate the plane but it was later discovered by the Air Accident Investigation Branch (AAIB) and privately funded search teams.

The aircraft remains 67 metres underwater 21 miles off the coast of Guernsey in the English Channel as poor weather conditions stopped efforts to recover it.