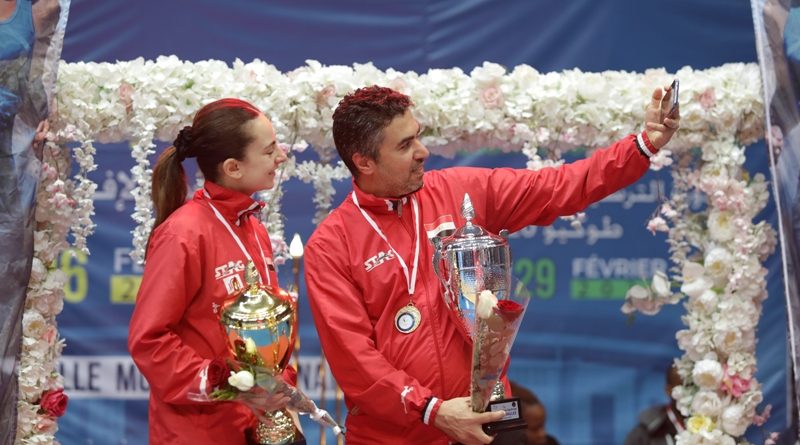 Egypt’s Ahmed Saleh and Dina Meshref won the titles at the 2020 ITTF Africa Top 16 Cup which ended in Tunis on Wednesday February 26.

An elated Saleh said: “I am very happy because I could not imagine that I will go past Aruna in this tournament. All I did was to focus from the first point to the end.”

The Egyptian veteran added: “I really don’t want to quit at 40 as I want to play until my body cannot do it anymore. I love table tennis and I will continue.”

Meshref said afterwards that winning the title this year was a bit tasking.

“When I started the competition, I just stay focus, play my game and not think about how many times I had won it in the past. I must commend Edem because she is an experienced player who played extremely well. She changed tactic every time which sometimes make it difficult to play against her.”