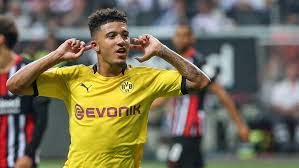 Jadon Sancho has reportedly agreed a five-year deal with Manchester United and could hand in a transfer request to push the move from Dortmund through.

This was revealed on Saturday and Sunday by different reports and sources very close to the Bundesliga. Borussia Dortmund on their part are looking at Jeremie Boga as a possible replacement, according to Stretty News.

The Sassuolo winger has shone in Serie A in recent times and it seems he’s set to be the subject of plenty of interest this summer as he’s seemingly available for a very generous-looking price.

It is believed that Boga could move for around £25-30million in the upcoming transfer window.