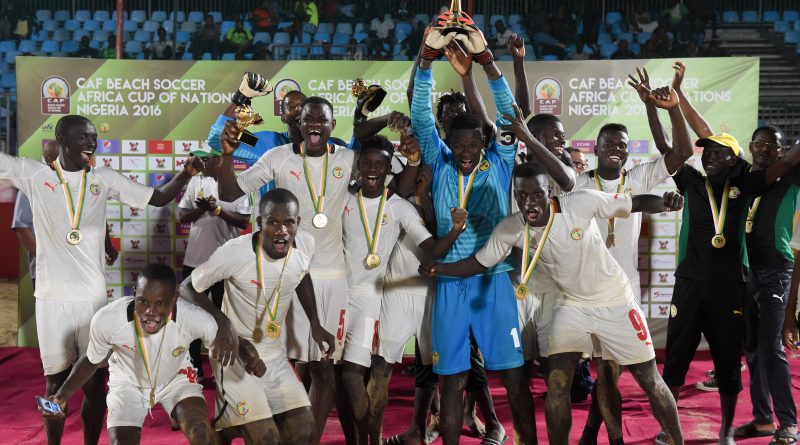 Senegal have emerged champions of the 2016 Africa Beach Soccer Cup of Nations after defeating hosts Sand Eagles of Nigeria 8-4 in the final match played on Sunday in Lagos.

Even though the trophy has separated both teams, they had qualified for the 2017 FIFA Beach Soccer World Cup in Bahamas by securing the final tickets. The Eagles were hoping for a third African title but they were beaten by the superior firepower of Oumar Sylla’s men. Nigeria lost despite taking the lead.

This is the third time Audu Adamu’s men will be losing in the competition’s final after a failed attempt in South Africa 2006 and Morocco 2011.

Nigeria did not leave the beach empty-handed on Sunday though as Emeka Ogbonna was named the Most Valuable Player of the championship. Senegal’s Al Seyni Ndiaye was named best goalkeeper of the tournament and Babacar Fall, with 11 goals as the tournament’s top scorer.