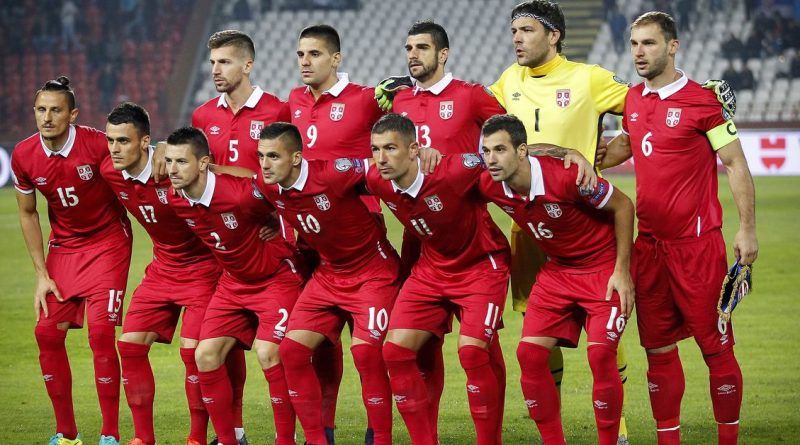 Serbia overcame Nigeria 2-0 in their friendly match played at The Hive Stadium in London on Tuesday night. Serbia dominated the match from the start and Francis Uzoho was the busier of the two goalkeepers.

Aleksandr Mitrovic scored the goals condemning Nigeria coach Gernot Rohr to only his second defeat in 14 matches in charge of the Super Eagles.

Fans of Nigeria would easily find solace in the fact that Rohr could not deploy his full team. Captain Mikel Obi unable to leave China due to work permit issue; midfielder Oghenekaro Etebo still down with injury and forward Kelechi Iheanacho knocked out by a broken arm, Rohr saw his squad further depleted just before the contingent left for the stadium as defender Leon Balogun reported sick and had to be replaced.

Chidozie Awaziem took Balogun’s place on the left of William Ekong, and with Tyronne Ebuehi also starting at right back instead of Abdullahi Shehu, half of the backline from the win over Poland in Wroclaw on Friday rested on the bench. A different formation from the one adopted in Wroclaw also meant big forward Odion Ighalo started from the bench.

Victor Moses, who was the match winner in Poland on Friday, could have gone ahead when his smart shot in the 10th minute was pushed out for a corner kick. But the Serbians then properly tested Francis Uzoho endlessly, and Ekong, Iwobi and Awaziem had to divert balls away from goal in the first 20 minutes.

In the second half, Ighalo came in for Moses and the Eagles lost the playmaking steam from the left of the channel, though the China-based forward was bright in the middle.

Uzoho came out quickly to save a Serbian onslaught in the 50th minute and then smothered a shot by Branislav Ivanovic just before the hour, but Mitrovic found space in the box to score two goals in the 68th and 81st minute to condemn Nigeria to defeat.

Next up for the Eagles in the pre-FIFA World Cup build-up is the match against Democratic Republic of Congo in Nigeria on Monday, 28th May, to be followed by a game against England’s Three Lions at Wembley five days later.