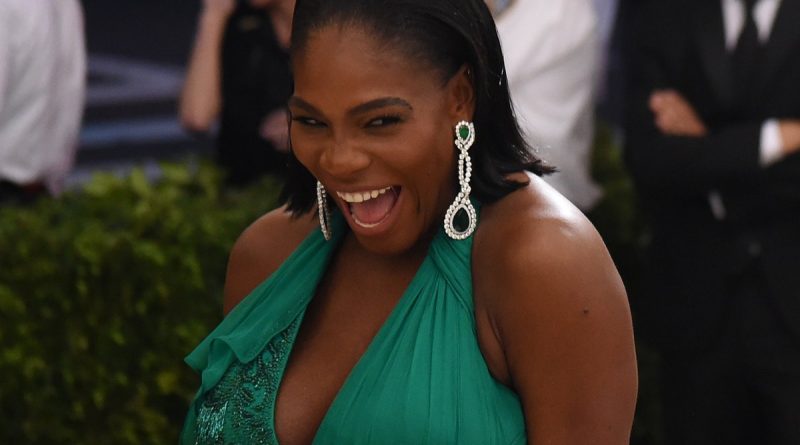 Serena Williams has given birth to a baby girl, right in the middle of the US Open. It couldn’t have come better for the best female tennis of all time. WPBF-25 news producer Chris Shepherd made the announcement on Twitter, citing a source at St. Mary’s Medical Centre in West Palm Beach, Florida.
In Nigeria, it is double celebration for Serena and sports fans generally as she had the baby soon after their national football team Super Eagles crushed Indomitable Lions of Cameroon 4-0 in a Russia 2018 World Cup qualifier played in Uyo, Nigeria.
According to CBS12, Serena was officially in labour on Thursday night. The 35-year-old was induced; her hospital floor was cleared and security has been on hand. This is both her and fiancé Alexis Ohanian’s first child.
The 23-time Grand Slam champion had said she would wait until delivery to find out the gender of her baby. She has also hinted at a comeback to the tour as soon as the Australian Open, which would give her just over three months to prepare.
Shortly after reports of the birth broke, Venus Williams walked onto Arthur Ashe Stadium to play her third-round match against Maria Sakkari. Just before she did, the 37-year-old was asked by ESPN’s Pam Shriver about the news.
“Obviously I’m super excited,” Venus said about becoming an aunt. “Words can’t describe.”
Congratulations for the new parents came on social media, including from fellow players. Clay court specialist Rafa Nadal tweeted, “Congrats Serena!!! So much joy for you!!!”