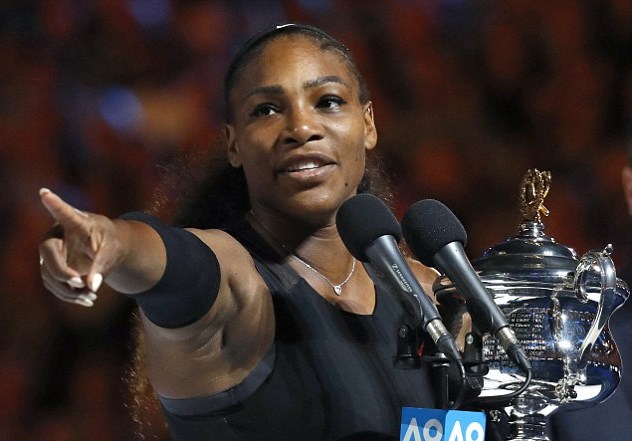 Serena Williams has hit out that Ilie Nastase’s recent comments about her unborn child are “racist” and has given her backing to a full investigation.

Nastase, a former world number one notorious for nasty comments, was heard speculating whether Serena’s child would be “chocolate with milk?”

“It disappoints me to know we live in a society where people like Ilie Nastase can make such racist comments,” Williams said in a statement reported by the BBC and a number of papers.

“I have said it once and I’ll say it again, this world has come so far but yet we have so much further to go. Yes, we have broken down so many barriers – however there are a plethora more to go.”

“This or anything else will not stop me from pouring love, light and positivity into everything that I do. I will continue to take a lead and stand up for what’s right.”

The world’s leading female tennis player reacted after staying silent for two days over the issue.

The International Tennis Federation (ITF) has launched an investigation into the comments made by 70-year-old Nastase, Romania’s Fed Cup captain, at a news conference before their tie with Great Britain in Constanta last week.

“I humbly thank the ITF for any consideration given to all the facts in this case. They will have my full support,” added Williams, who announced her engagement to Reddit co-founder Alexis Ohanian in December. She also announced last week that she was 20 weeks pregnant.