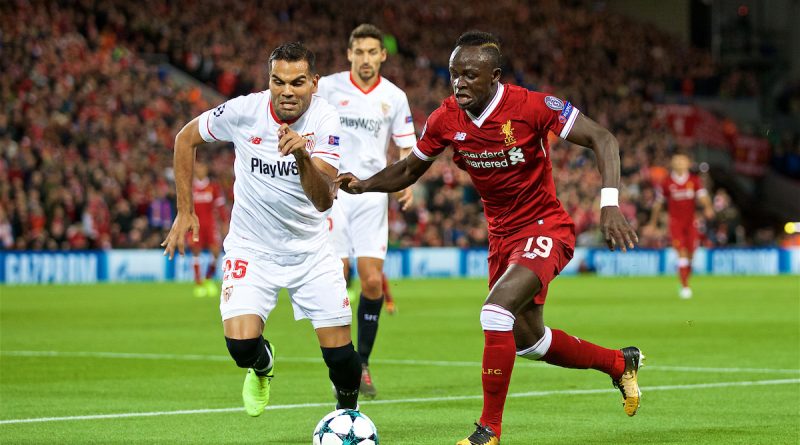 It was a night of shock as Liverpool threw away a three-goal lead against Sevilla on Tuesday night as the Spanish side staged a second-half Champions League fightback.

Jurgen Klopp’s side were 3-0 up within 22 minutes as Roberto Firmino scored either side of a Sadio Mane header to put the Premier League side in total control in Seville, according to an Evening Standard report.

But for all Liverpool’s attacking prowess, their good work was almost undone by poor defending in the second half as two goals after the break from Wissam Ben Yedder set up a tense final 30 minutes.

Sevilla hit the bar, and found a dramatic last-minute goal through Pizarro to somehow seal a point.

It means Liverpool need a point at home to Spartak Moscow to now qualify, but Sevilla could snatch top spot as they play already-eliminated Maribor.

Liverpool certainly cannot afford another Jeckyll and Hyde performance like this one.

The difference between the two halves was stark as just 90 seconds had passed when Georginio Wijnaldum flicked Philippe Coutinho’s corner to the far post where Firmino stabbed home.

A stunned Sevilla side would have been level had Sergio Escudero not fired into the side-netting instead of crossing and then Loris Karius, goalkeeper for European games only, produced a brilliant fingertip tap to divert Nolito’s shot onto the far post – from where it rolled back across goal before being cleared.

Liverpool heeded the warnings and stepped up a gear with Jordan Henderson putting Firmino through only for the Brazilian to disappoint with his finish allowing Sergio Rico to turn the shot behind.

The save proved academic as what followed was a virtually identical Coutinho corner, this time flicked on by Firmino for Mane at the far post.

On the half-hour Mane was sent flying down the left leaving defenders trailing in his wake and when his shot was parried Firmino tapped into an empty net, the easiness of the goal matched only by the Brazilian’s cheekiness in converting while looking the other way.

The game seemed out of sight and the in-form Salah should have left no room for doubt just before the break when Coutinho reproduced an almost carbon-copy of the pass which led to the Egyptian’s second goal against Southampton on Saturday only for the winger, who matched it with a similar run, lacking the finish this time.