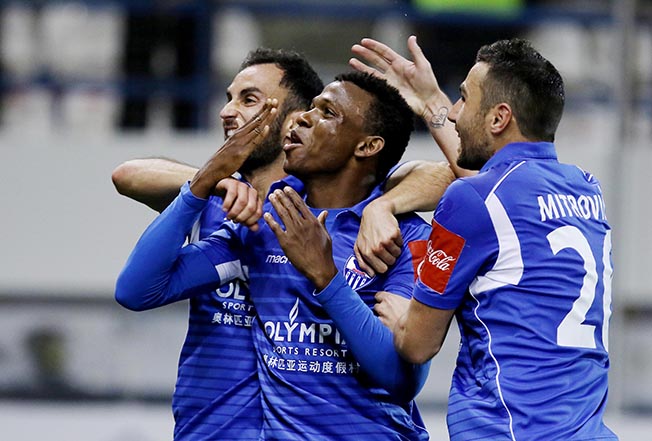 Nigeria defender Shehu Abdullahi has said goodbye to his Anorthosis Famagusta teammates and fans as he plays his last match on Sunday before leaving for Turkey in start of another phase of his professional life, Extrasportsnigeria.com reports.

He returned to Cyprus to play his last game against Ethnikos Achnas.

On Sunday he thanked the fans using his Twitter handle and wrote, “I just want to thank everyone at @anorthosisfc The club, The manager, my teammates and most of all the supporters for an incredible 2 years. As you know I am leaving the club to start a new challenge but this club will forever be in my heart. Thank You All!”

Shehu has reportedly agreed to a two-and-a-half-year contract with Turkish club Bursaspor worth 700,000 Euros.

Anorthosis24.com had earlier on confirmed that the Super Eagles defender arrived in Bursaspor on Saturday to hold talks after which Anorthosis Famagusta and the Turkish Super League side agreed a two-year contract for the former Kano Pillars. Shehu and his agent are billed for Turkey from Monday to sign the deal.

The right full back is teaming up with his Nigeria teammates, Mikel Agu and William Troost-Ekong.

The former Kano Pillars star made 47 appearances in total for the Cypriot club, scoring 2 goals and providing two assists.