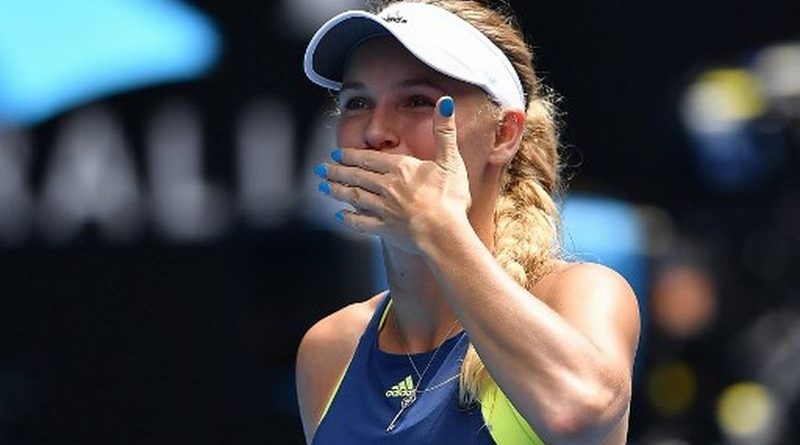 Australian Open is now fixed to produce a new champion in 2018 as Simona Halep and Caroline Wozniacki meet up in the final match on Saturday. None of the players has ever won the competition.

If you keep knocking on the door long enough, sooner or later, it’s going to swing open. It’s a mantra that Simona Halep and Caroline Wozniacki have hung on to for a long time and on Saturday, at the Australian Open, one of them will become a grand slam champion for the first time.

The nerves were frazzled again in the semi-finals on Thursday, Wozniacki surviving a second-set stumble to beat the unseeded Belgian, Elise Mertens, 6-3, 7-6 (2). Top seed Halep edged out the former champion, Angelique Kerber, 6-3, 4-6, 9-7 in a match that had everything, match points saved on both sides, incredible athleticism and shot-making and stunning defence, according to The Guardian.

The symmetry is uncanny. Both women have saved match points on their way to their third grand slam final, both have been world No 1 without winning a grand slam title and both have been labelled with the tag of the best player never to win one of the sport’s four biggest crowns. On Saturday night, all that will change and what’s more, the winner will also leave Melbourne with the world No 1 ranking.

Both women are into their first Australian Open final and it’s almost impossible to say for whom victory would mean more. They are separated by just a year and though Wozniacki has been around at the top for longer, Halep’s heartaches have been just as raw.

For No 2 seed Wozniacki, a third grand slam final is testament to the never-say-die attitude that took her to the world No 1 ranking at the end of 2011 and 2012. Having come from 5-1 down and 40-15 down in the final set of her second-round match against the Croatian, Jana Fett, Wozniacki has been rock solid ever since and even though she stuttered towards the end of her semi-final yesterday, she deserved her victory. Runner-up at the US Open in 2009 and 2014, she has battled back from as low as No 74 in the rankings in August, 2016 to the verge of glory and a remarkable return to No 1. She has won four of her previous meetings with Halep and now she has the chance for redemption.

“I’m just going to go out there and have fun, enjoy the moment,” Wozniacki said. “It’s been a great two weeks. I’m really happy to be (here). I could have been home already. But now I’m here and I fought my way all the way to the finals. I’m just really proud of that and really excited. A new opportunity on Saturday and I am going to do my best to try and win it.”

For Halep, it is a golden chance to shake off the lingering disappointment of her near-miss at last year’s French Open, when she led Jelena Ostapenko 4-1 in the final set of the final only to blink as the lights of the finishing line approached. It was a loss that hurt badly, more so than her 2014 defeat in Paris to Maria Sharapova. But she recovered to end last year as the world No 1 and after a roller-coaster of a semi-final, she too has the opportunity to right a wrong.

“When I played in the final of the French Open, I said if I was in the same situation I would be more courageous,” Halep said. “I want to give my best. I won’t think about the title. If it’s going to come it will come.”