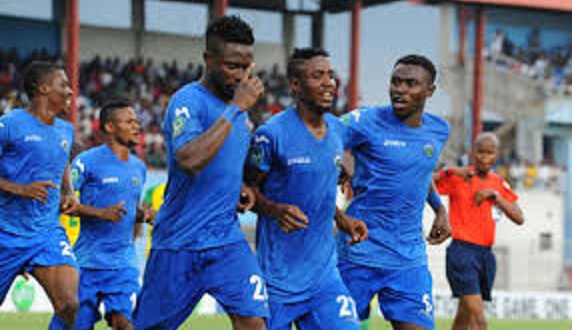 The newly crowned Nigerian Professional Football League (NPFL) champions, Enyimba were on Wednesday knocked out of the 2019 Aiteo Cup by an amateur club, Smart City.

The Lagos State FA Cup champions shocked the former African champions and eighth-time league winners starting in the 17th minute when Bashiru Kareem put them ahead. Enyimba mounted pressure and equalised when Tunde Adejoku scored an own goal.

The relentless Smart City boys went ahead again through John Gini’s goal leaving the first half at 2-1 in the match played at the University of Benin, Benin grounds.

Enyimba Coach, Usman Abd’Allah made changes and one of those introduced, Abdulrahman Bashir levelled scores in the 64th minute but 10 minutes later Abduljabar Umar made it 3-2 and they became the giant killers.

There were other huge eliminations but the other teams could say it’s fair deal as they were beaten top league players. Enugu Rangers were beaten 2-0 by Lobi Stars in Minna.