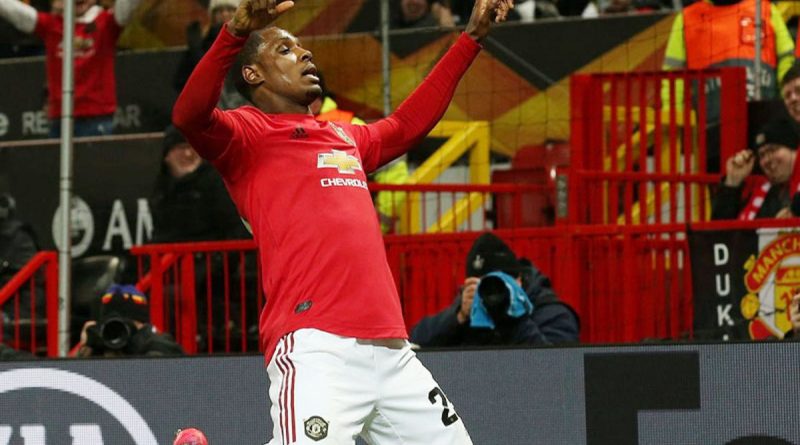 Manchester United coach Ole Gunnar Solskjaer has described Odion Ighalo as a “natural striker” after the 5-0 win over Club Brugge in the Europa League on Thursday.

The United manager handed Ighalo his first start against Club Brugge following his Deadline Day move, and the Nigeria international slotted home in the 34th minute to register his first goal for the club.

Solskjaer was impressed by the striker’s performance, saying: “Odion was up front there doing what he does. He’s a target man, we can play up to him, he can hold it and he’s got Bruno (Fernandes) and Juan (Mata) next to him so he’s got runners there.

“As a fellow striker myself, I know how important that first goal is and he’s been close a couple of times,” Solskjaer, whose side were 6-1 winners on aggregate, told Reuters and other reporters.

“You can see he sniffs goals, he wants to be there, where it sometimes hurts. That goal, he was sharp in his head and as that ball is played over to Juan, he spins and was on the six-yard line when Juan puts it there. That’s a natural striker.”

Ighalo may yet start the next match against Everton as Ole was unclear on the Anthony Martial injury.

Sky Sports reports that Martial was left out of the United squad for the win over Club Brugge after picking up a muscle injury in training.

Solskjaer confirmed the French forward suffered the injury to his thigh on Wednesday.

Solskjaer said: “I don’t know. He went off in training on Wednesday. He had treatment.”