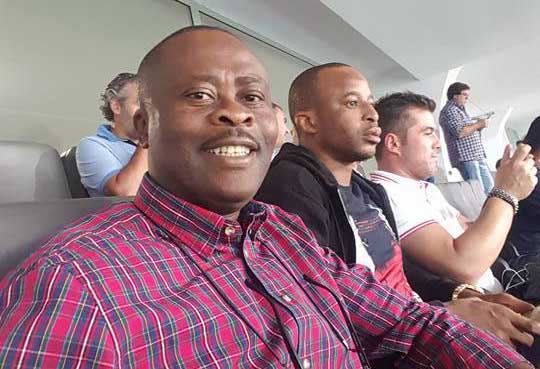 The organisers of the first 50km Remo Ultra Race at the weekend unveiled Value Jet Airlines, a new airline owned by Chief Kunle Soname, a son of Remoland, in Ogun State, as the major sponsor of the race, Extrasportsnigeria.com reports.

The Managing Director of the race’s marketing outfit, Nilayo Sports Management, Bukola Olopade said, “Value Jets Airlines, has concluded plans to bankroll the first ever Ultra Race in Nigeria which has been scheduled to hold on December 7, 2019, as part of their great initiatives for the development of commercial aviation services in Nigeria.

“Honourable Kunle Soname, who is the initiator of the Remo Ultra Race, is ready to partner Nilayo Sports Management and the World Ultra Race body to have a successful event.

“The Remo Ultra Race is a unique one, as it will cater for fun runners and it is also a top African Championship for professional runners in the world.”

Nilayo Management will be announcing commencement date for registration in the next few days.

Yusuf Ali, who the General Manager of the Remo Ultra Race, said Monday in Lagos that, the race will help greatly in the grassroots development of sports in Nigeria especially as the country’s long distance runners continue to narrow the gap with the dominant East African runners.

He added: “The Remo Ultra Race is first of its kind in Nigeria and it’s expected to attract a large number of runners. The runners will race across Ijebu Remoland; Ikenne, Sagamu, Ilisan, Iperu, Ode and Ogere, giving big attractions to sports and tourism.”

Yusuf, noted that, the expectation of the organisers is to get long term sponsorship deals for the Ultra Race, which would by extension help develop Nigerian marathoners.

An ultra marathon, also called ultra distance or ultra running, is any footrace longer than the traditional marathon length of 42.195 kilometres (26.219 miles).