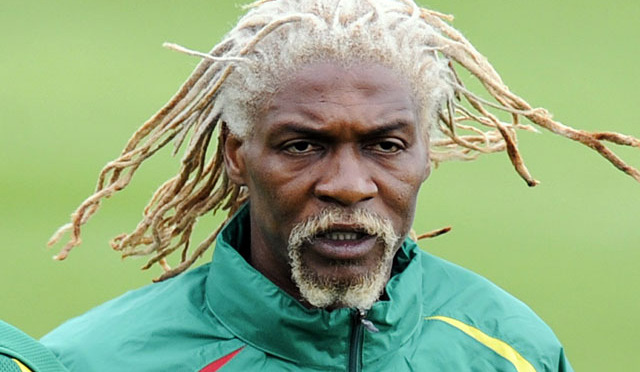 Former Cameroon captain Rigobert Song is fit again after a narrow brush with death when suffering a stroke in early October, he explained in an interview published by French daily L’Equipe on Saturday.

“I’m back from the brink,” the former Liverpool and West Ham defender who led Cameroon to back-to-back African Cup of Nations declared.

“My blood pressure was up at like 25 and it felt like my head was exploding,” he said of his stroke, suffered at his home in Yaounde October 3.

“I was lucky to fall on my side and that way when I went down my tongue came out.”

“My dog started barking and the concierge came up but didn’t dare come in. But then a friend showed up and got me help,” he explained.

The 40-year-old was airlifted to France for specialist treatment after suffering a cerebral aneurysm and falling into a coma.

Unmissable on the pitch with his flowing dreadlocks that were dyed blond later in his career, Song also played for Metz and Lens in France and won two league titles at Galatasaray in Turkey.

For Cameroon he played in the same team as the veteran Roger Milla at the 1994 World Cup before the emergence of goal king Samuel Eto’o alongside whom he helped forge Cameroon’s global status.

Perhaps the lowest point of his career came at the 2003 Confederations Cup when his friend and central defence partner Marc Vivien Foe died during a game against Colombia from a hereditary heart condition.