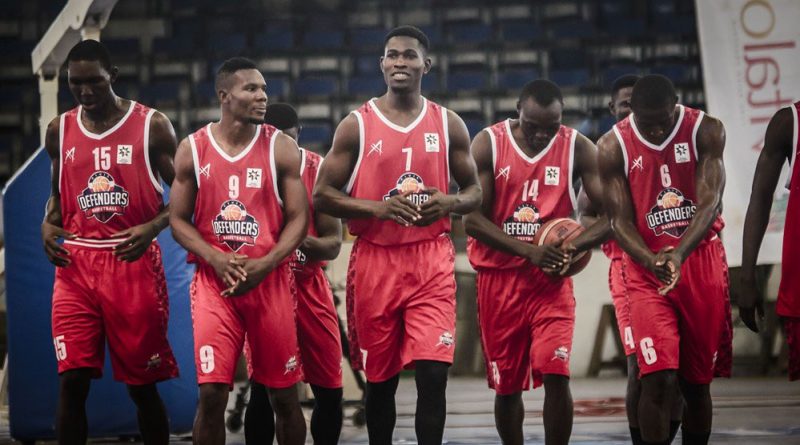 Civil Defenders basketball team say they are battle ready as they face AS Sale of Morocco in Abuja on Saturday, March 30. It is the tipoff for the Elite 8 stage of the African League.

One of the things that have given these Defenders the confidence is the promotion incentive handed down from their Commandant General Abdullahi Gana before the players left the country for the first stage of the continental competition which was held in Cotonou, Republic of Benin. The General Manager of the team and an ex-Nigeria international, Victor Okoro confirmed to Extrasportsnigeria.com that the pre-tournament promise has been fulfilled.

He said, “The players have never felt so confident of themselves the way they feel now; the team is quite ready for the Moroccans and indeed any team for that matter.

“The CG has truly motivated the players and this has gingered everyone heavily and has made preparations a lot easier for us. They were promised special promotion if they qualified for this elite stage and that has been fulfilled. The players will get their letters by next week.”

It was learnt that the majority of the players who are bona fide employees of the Civil Defence Corps will get their letter while the remaining few have been pencilled down for employment.

The other teams in the African top 8 bracket are ES Rades who will face JS Kairouan; Primeiro de Agosta against Petro de Luanda in an all Angolan affair and Smouha versus Al Ahly. The Nigerians are targeting to hit the semi finals of the competition playing in its first edition since it was repackaged.

Apart from getting the players set, the Defenders are going the extra mile to get the National Stadium sports hall filled. Okoro said a lot of the city residents are aware of the international fixture and they are also confident that a lot of fans would turn up at the arena.

“We did not just market it to the adults but we pushed it to the schools in the territory and we expect a quite a number of pupils and their guardians at the stadium. Quite a number of people have also shown interest from as far as Lagos,” the GM added.

AFA Sports management hailed the achievement of Civil Defenders so in their Africa League campaign, describing the players as a rare breed. AFA Sports who are their kit sponsors are backing them to get over AS Sale.

Rivers Hoopers were the other team for Nigeria in the competition but they failed to make it to this stage.