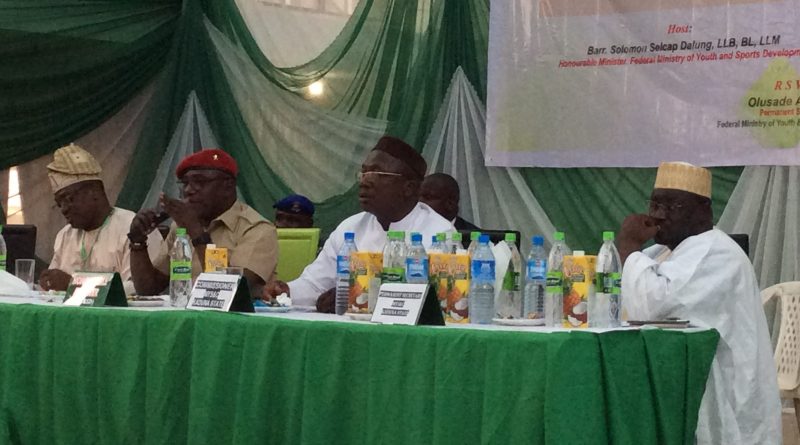 The 19th National Sports Festival has been officially withdrawn from Cross River State.

The decision was taken at the National Council on Sports meeting which ended on Thursday at the General Hassan Katsina House, Kaduna.

A voting process was thrown open on the floor of the meeting by the Chairman of the meeting and Minister of Youth and Sports Solomon Dalung, with state commissioners of sports, directors of sports, chairmen of state sports councils and other representatives in the sports sector.

Having postponed the 19th National Sports Festival for 6 years, the Council resolved that the continued delay of the hosting of the Festival was detrimental to the growth of sports in Nigeria and therefore withdrew the hosting rights from Cross River State while the Federal Government will hold the 2018 edition in Abuja in November.

The Council also approved the reduction of the age of athletes eligible to participate in the National Youth Games and adopted 15 years as upper limit of age for participants while overage athletes, their erring coaches and states will be disqualified and fined the sum of N250,000 per disqualified athlete.