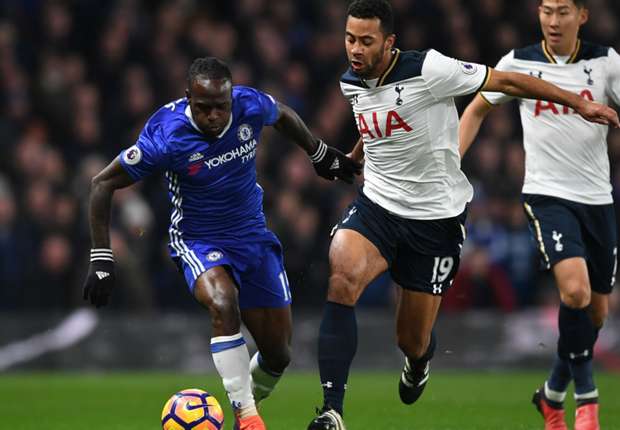 Victor Moses has been criticised by mainly Tottenham Spur fans on social media for his fall which gave the Chelsea a penalty against the Spurs in the English FA Cup semi final game play at the Wembley Stadium on Saturday, Extrasportsnigeria.com reports.

Their Twitter hits insist Moses dived as Chelsea got a penalty.

Harry Kane had levelled Willian’s fourth minute opener at Wembley before the Brazilian doubled his side’s lead from the penalty spot.

The Nigerian was played in down the right-hand edge of the penalty box and Son Heung-min slides in and bringing him down inside the box, and referee Martin Atkinson awarded a penalty in the game that produced three more goals after that kick.

The decision to award the penalty has not gone down well with the fans as they took to Twitter to express their rage.

Mind games were actually played before the kick off as news had filtered out that Antonio Conte opted to leave Eden Hazard and Diego Costa out his team for the game. The hope that the news gave Tottenham fans ended in a painful way as the match eventually ended at 4-2 for Chelsea to position them for a possible double this season.