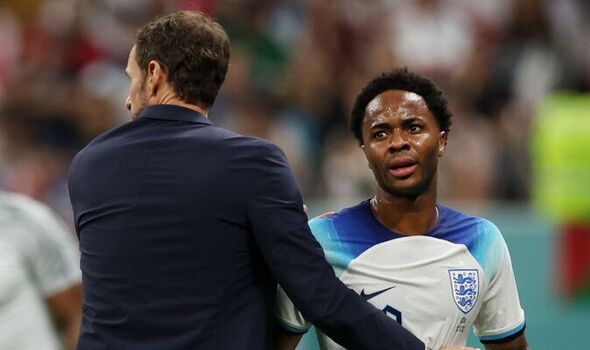 England forward, Raheem Sterling, is leaving the Qatar 2022 World Cup back to England after armed intruders broke into his home in England while his family were inside.

Sterling, who had started two of the Three Lions’ three games at the World Cup, missed England’s 3-0 win over Senegal in the last 16.

Sky Sports report confirmed that he was ruled out of the squad due to a “family matter” shortly before kick-off.

It was gathered that Sterling wanted to get home as soon as he was alerted to the break-in, having been very shaken and concerned for the wellbeing of his children.

Manager Gareth Southgate confirmed Sterling is heading back to the UK but it is understood the player could return to Qatar if the circumstances are right.

Southgate said, “I really don’t know, it’s a situation he needs time to deal with, I don’t want to put any pressure on him.

“Sometimes football isn’t the most important thing and family should come first.”

England will play France in the quarter-finals on Saturday.