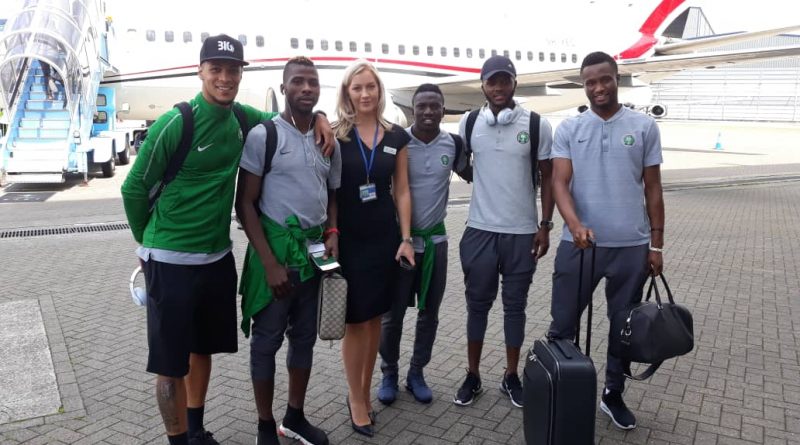 Nigeria’s World Cup squad arrived and settled down at the Avita Resort in Bad Tatzmannsdorf, Austria on Sunday evening, as Coach Gernot Rohr and his players intensified the final phase of preparation for Russia 2018, reports Extrasportsnigeria.com.

Earlier on Sunday, Rohr cut the team to 23 players dropping defender Ola Aina and midfielder Mikel Agu from the 25 in camp, for a final list 24 hours ahead of FIFA’s deadline for the submission of the team list.

An all-executive-seats chartered jet arranged by the Nigeria Football Federation flew the Nigerian delegation, led by the NFF 2nd Vice President/Chairman of Strategy Committee, Shehu Dikko, to the Austrian capital (Vienna), and the group then travelled by road to Bad Tatzmannsdorf.

On Wednesday, the Eagles will travel the short distance back to Vienna, where they take on the Czech Republic at the Rudolf Tonn Stadium in the three-time African champions’ final pre-World Cup friendly.

Extrasportsnigeria.com understands that the Nigeria Football Federation has approached the Embassy of Austria in London with fresh applications for Ngoka and Anozie, and there is hope they could join the team in a couple of days.