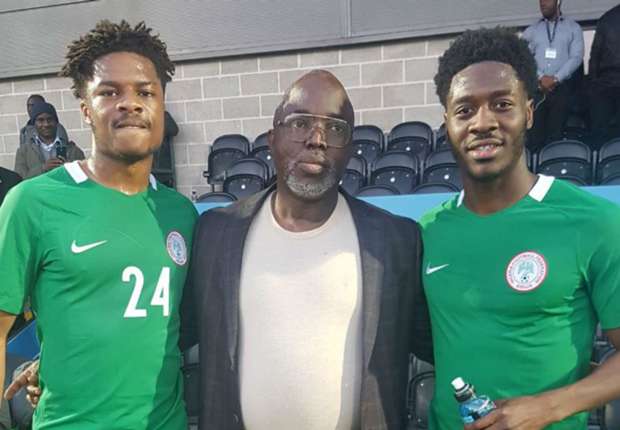 Pius Ayinor
The Super Eagles have been confirmed to fly out from the Ibom International Airport in Uyo at 10am Sunday as more people press for the few available seats, Extrasportsnigeria.com.
The Nigerian stars who drubbed Cameroon 4-0 on Friday are billed to depart aboard a chartered 80-seater Arik Air flight. Our correspondent confirmed in Uyo, Akwa Ibom State that the departure time was brought forward from 12noon to enable the players enjoy enough rest before the game which kicks off at 6pm on Monday.
The Nigeria Football Federation officials have had to tinker with the list of the expanded delegation with a lot more people jostling to make the trip following the convincing display of the Eagles in the first leg in Nigeria.
“Success attracts a lot of friends and that is exactly what’s happening now. Many of the NFF officials who were billed for the trip have been dropped to make way for the new high level fans,” an NFF official told Extrasportsnigeria.com in Uyo on Saturday.
On Monday on loan Chelsea defender Ola Aina will likely make his debut for Nigeria. The player was given clearance by FIFA before the first match against Cameroon in the World Cup qualifier.
“He was actually cleared before that first game but it was determined that the best thing was to be silent about it so as to avaoid any distraction. Now, he will likely play in Yaoundé,” Extrasportsnigeria.com was told.