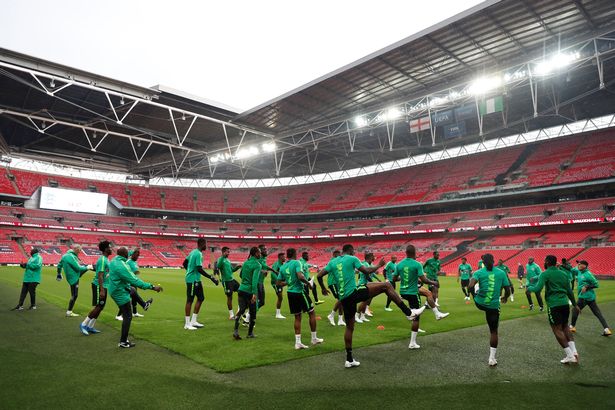 Super Eagles have been handed a rare opportunity to recover the $10,000 they each lost when they were beaten 2-0 by Croatia in their opening match of the 2018 World Cup, Extrasportsnigeria.com reports.

The First Vice president of the Nigeria Football Federation Seyi Akinwunmi, who announced the development to journalists in St Petersburg, Russia on Tuesday, said the federation had worked out a pattern for the players to recover the money purely as an incentive. The NFF top official said the players will get paid the winning bonus for all group games if they are able to qualify for the second round.

Akinwunmi said, “We have not raised the bonus by $5,000 as some people have reported. What we have done is giving them an incentive that could even pay more. We agreed to pay them the entire games win bonus if they qualify for the next stage.

“What it means then is that it will just appear like they never lost that match against Croatia because they will receive for the three group games. The package is just another way of encouraging everyone to go extra mile to qualify.”

The official who is also the Lagos Football Association Chairman said the federation was encouraged to go that way because the playing are showing good signs that what happened on Saturday in Kaliningrad was one of those unexpected disappointment. Nigeria lost to Croatia to drop to the bottom of the group’s table.

“The players are bonding very well. I have never seen a group this united for a common goal. They have met on their own as players and the feelers from their private meetings give us hope for the next games. They are moving on strongly having put behind them the loss.”

The players are billed to leave their their Essentuki team base camp in the Stavropol region of Russia to Volgograd on Thursday, ahead of Friday evening’s clash. Volgograd is a lot hotter than most part of Russia which records below 20” especially at nights.