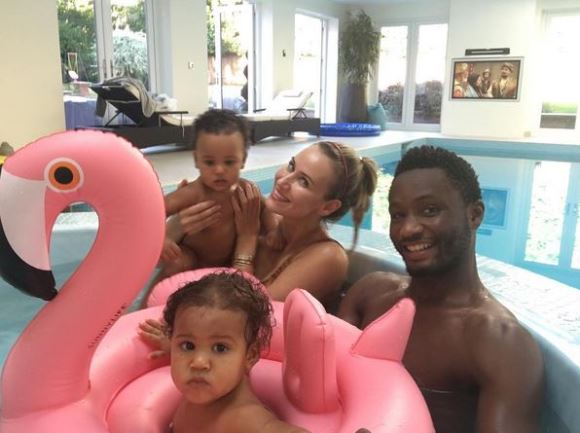 Nigeria coach Gernot Rohr has stated that Super Eagles players would be allowed to have their wives and girlfriends visit them at the 2018 FIFA World Cup. He however added categorically that the players will not be allowed to cosy up with call girls in Russia, Extrasportsnigeria.com reports.

Rohr who spoke on Friday at a town hall meeting in Uyo, insists there is no harm in allowing the players’ family members to visit them after games at the World Cup.

He told the gathering, “Yes, the players can have their wives and family come to visit them at the World Cup. Each player will have a room to himself so the family can come on days when we are not preparing for games or on match days.

“However, I say that I won’t allow them to have Russian girls, no, no, no. Only captain Mikel who has a Russian partner can come with her.”

There have always been debates about taking wives and girlfriends popularly referred to as WAGS to major competitions. While some federations and coaches approve it others insists they could be a source of distraction and may affect the players’ fitness.

Eagles will play DR Congo on Monday in Port Harcourt before returning to Abuja where they are expected to meet with President Muhammadu Buhari. They will then leave for London where they are scheduled to play against England at Wembley Stadium on Saturday 2nd June after the Presidential treat in Abuja.