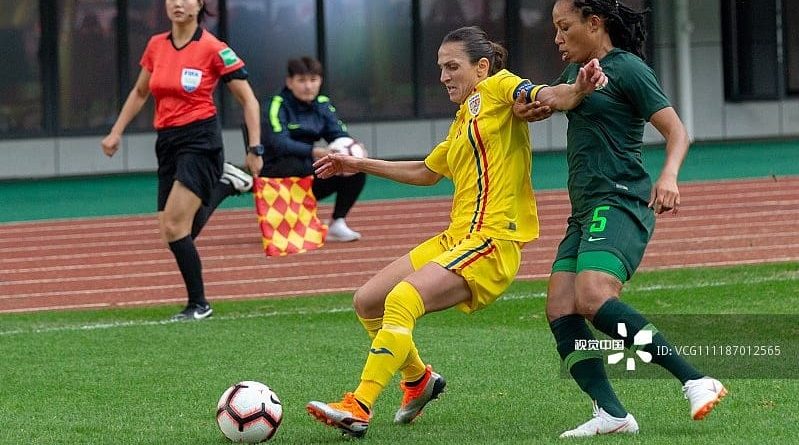 Super Falcons of Nigeria returned to winning ways after beating Romania 4-1 on Sunday. The match was played as a part of the four-nation invitational tournament in China, Extrasportsnigeria.com reports.

The Falcons attacked greatly  but found it difficult to break Romania’s defensive set up until a minute before half-time when Chiwendu Ihezuo hit the back of the net.

The Romanians equalised nine minutes before Nigeria defender Onome Ebi got on the scoresheet to make it 2-1 after 63 minutes.

On 68 minutes, Swedish-based midfielder Rita Chikwelu struck to put the game out of Romania’s reach. And it was not the end of the drift for the European as Brighton & Hove striker Ini Umotong scored seven minutes from time to make it 4-1.