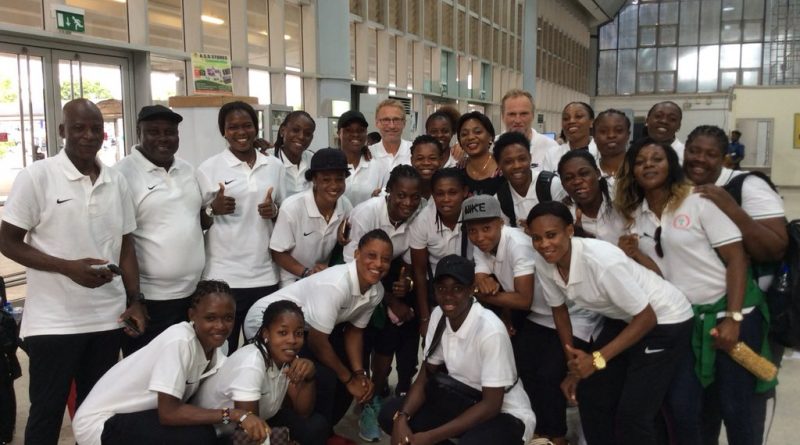 Nigeria’s women football team, Super Falcons, will on Monday fly to Banjul, capital of The Gambia for the first leg of their 2018 Women Africa Cup of Nations qualifying fixture against the Gambian team, reports Extrasportsnigeria.com.

The Gambians, who defeated Burkina Faso in the earlier round as cup holders and eight-time champions Nigeria drew bye, have picked Wednesday, 6th June for the first leg of the fixture, and the Independence Stadium in Bakau is venue.

NFF’s Head of Women’s Football, Ruth David told thenff.com that the Falcons’ delegation will fly aboard an Air Peace aircraft from Lagos on Monday morning, to arrive Banjul by 11am. The team left Abuja for Lagos on Sunday night.

The return leg will take place at the Agege Stadium, Lagos on Monday, 11th June. The fixture is the last qualifying round for the 11th Women Africa Cup of Nations taking place in Ghana later in the year.